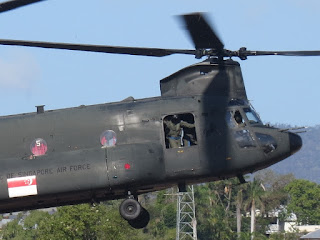 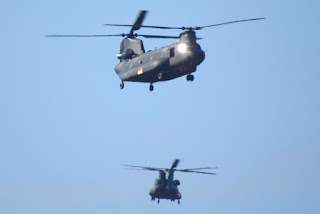 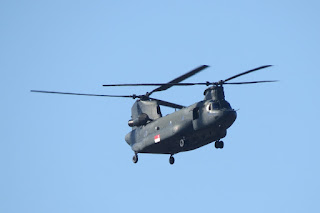 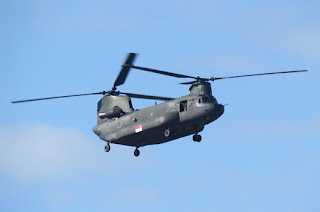 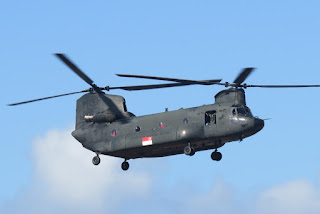 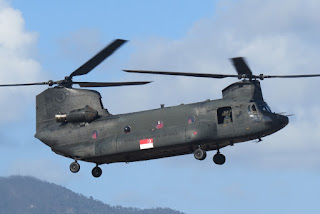 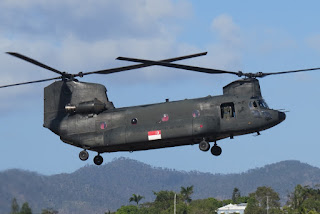 'Warriors Camp' is the RSAF's new landing ground inside the Australian Army Defence Support Group (DSG) 'Camp Rocky', which is adjacent to Rockhampton Airport.  The RSAF has re-named the DSG as 'Warriors Camp' while they utilise the facility to launch and park their helicopters during Exercise Wallaby 2015. 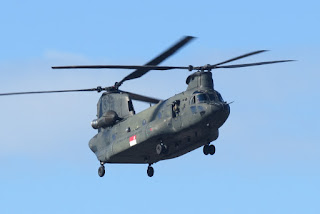 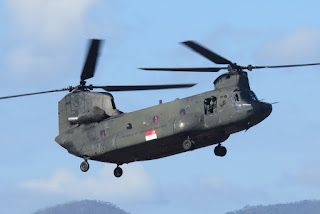 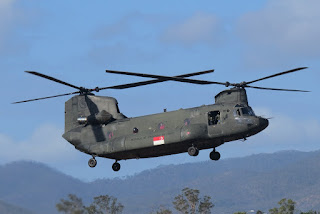 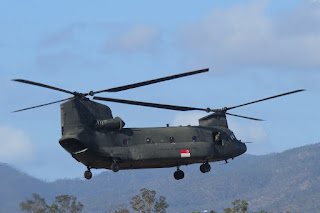 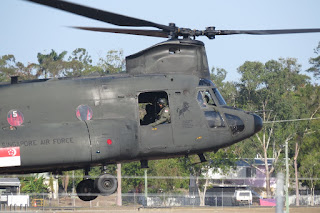 The two Chinooks were heard to be using their usual radio callsign of "Cyclops". 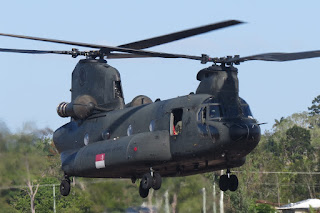 'IAD' also noted that both Chinooks landed for a short time undertook what looked to be a crew change before they both departed together back to Shoalwater Bay. 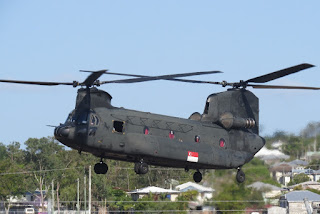 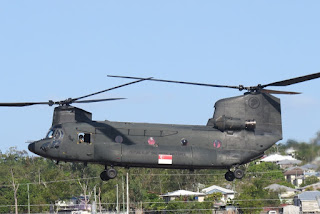 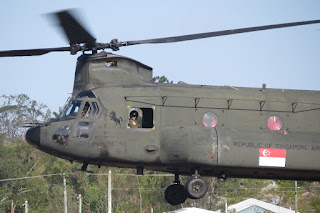 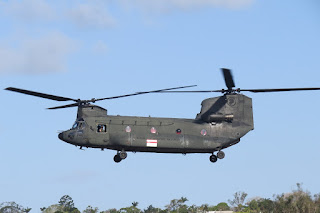 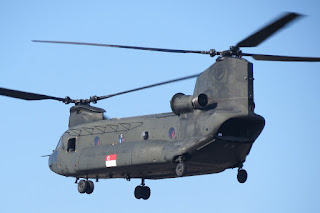 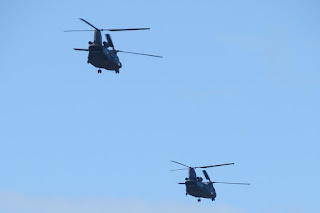 Some really great photos sent through by 'IAD' and we thank him sincerely for taking the time to capture and send them through for you to enjoy!