While he was near Rockhampton Airport on Saturday 10 October, local plane spotter 'IAD' also captured a couple of great photos as Republic of Singapore Air Force (RSAF) Boeing AH-64D Apache helicopter '062' made a spectacular approach into 'Warriors Camp' from the Shoalwater Bay Training Area (SWBTA). 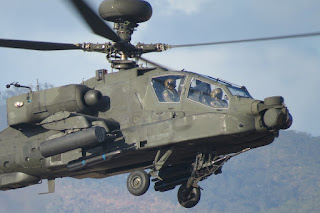 The Apache had earlier departed with another in tow, flying together as "Astro".  It was interesting to note that '062' returned to 'Warriors Camp' by itself flying in as "Astro 2". 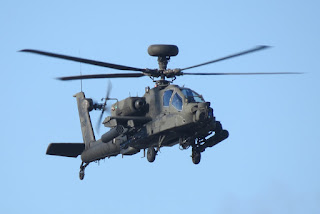 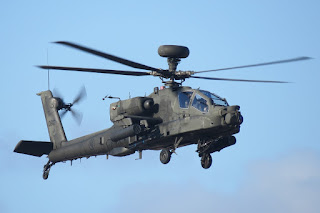 RSAF Apache and Chinook helicopter sorties currently fly out of and back to 'Warriors Camp' while the  RSAF Eurocopter / Aerospatiale AS332M Super Puma helicopters continue to fly out of Rockhampton Airport.

Thanks again to 'IAD' for sending through these great photos!