Still hoping to photograph some airborne action, local plane spotter 'IAD' ventured back to Rockhampton Airport after work on Thursday 22 October.  While none of the Republic of Singapore Air Force (RSAF) helicopters and F-16 fighter jets took to the air, he was still able to capture some nice photos as they sat quietly in the late afternoon sunlight. 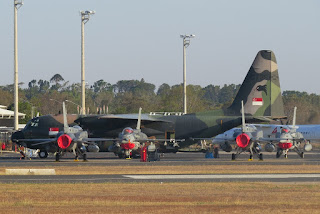 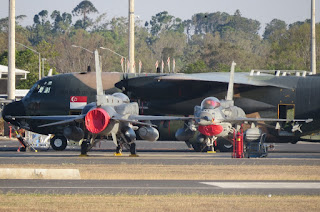 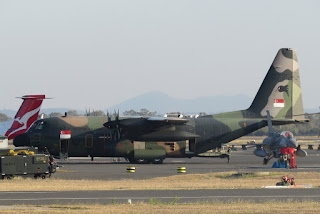 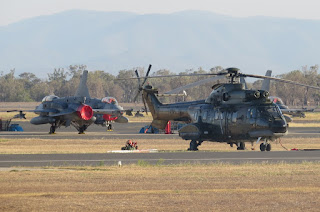 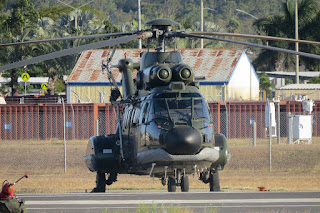 With nothing happening at Rockhampton Airport, 'IAD' ventured over to'Warriors Camp' - the temporary landing ground inside the Australian Army Defence Support Group (DSG) 'Camp Rocky', which is adjacent to Rockhampton Airport.  The RSAF has re-named the DSG as 'Warriors Camp' while they utilise the facility to launch and park their helicopters during Exercise Wallaby 2015.

Here, he spotted that one of the RSAF Boeing AH-64D Apache helicopters - serial 062 - has already had its rotar blades removed and doesn't look like it will do much more flying.  Perhaps it has serviceability issues? 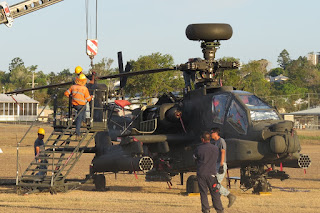 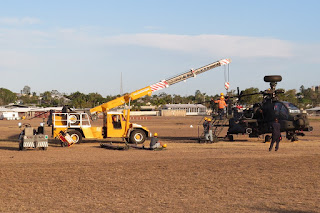 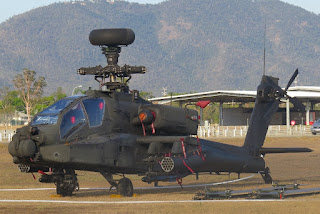 Sincere thanks again to 'IAD' for taking the time to capture and send through these fantastic photos!

We hope for a little more action over the next couple of days and into the weekend!