A nice trio of bizjets called into Hamilton Island Airport on Friday 16 October, and we've been fortunate enough to receive some great photos of a couple of these well presented corporate aircraft as they sat the beautiful Whitsunday's sunshine on Saturday 17 October. 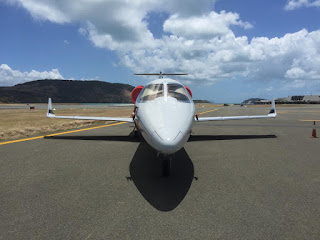 Skypac Aviation Cessna 510 Citation Mustang bizjet VH-NEQ initially called into Hamilton Island Airport, touching down from Bankstown.  After just over an hour on the ground, it returned to Bankstown. 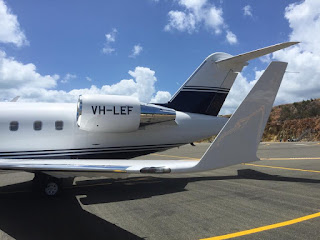 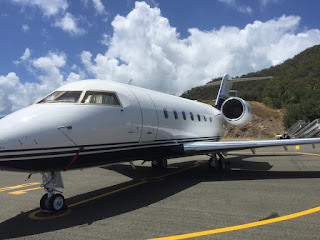 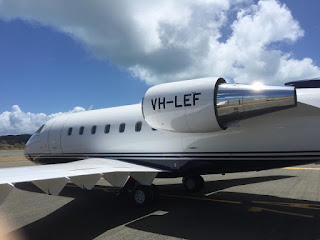 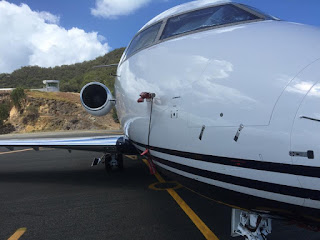 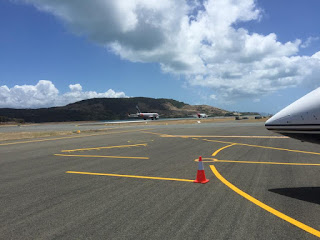 Completing the trio of nice bizjets to call into Hamilton Island on Friday 16 October - and also staying - was the recently delivered LearJet 60 VH-XPN of Avcair (Norris Aviation) in Brisbane (where it also pictured below arriving from Palau and Cairns earlier in the month). 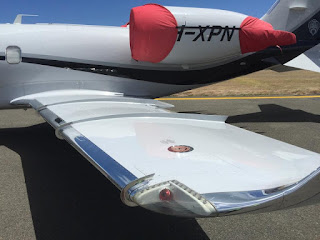 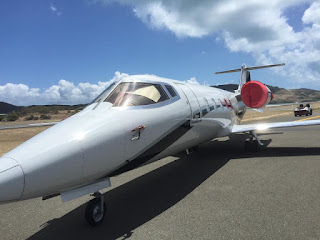 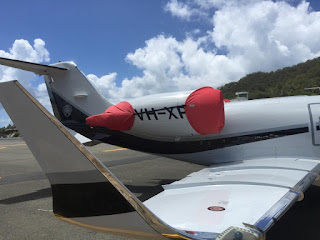 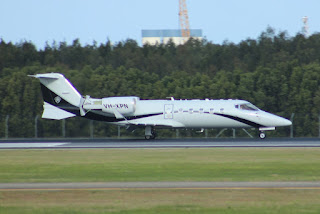 The arrival of these three bizjets on Friday 16 October came after Holypeak Pty Ltd Canadair CL-600-2B16 Challenger 604 N360SL arrived on Thursday 15 October from Brisbane and Mackay - see Blog post below.

Finally, a couple of interesting 'commercial' movements in and out of Hamo that I noticed on Thursday 15 October with a pair of QantasLink Dash-8-Q400 Next Gen aircraft VH-LQF and VH-LQH calling in while operating the scheduled QLK2304 and QLK2305 services respectively.  It appears that the usual Cairns to Mackay via Townsville and return services were diverted to Hamilton Island due to the morning QLK2503/2504 service from Cairns to Hamo and back not operating.