On Tuesday 13 October, Republic of Singapore Air Force (RSAF) Lockheed C-130H Hercules '734' touched down at Rockhampton Airport in the early afternoon as "Singa 9575". 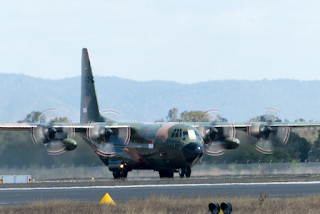 Local plane spotter Scott H was at the right place at the right time as the immaculately presented Hercules arrived from Darwin having arrived there late on Monday 12 October. 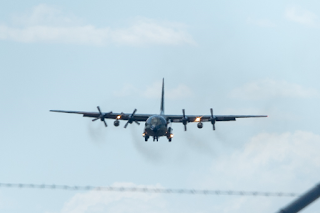 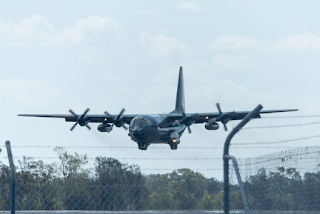 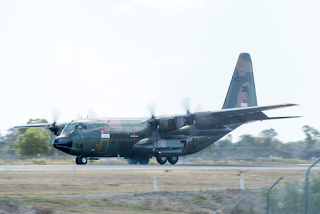 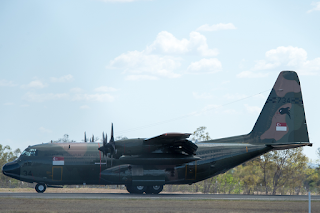 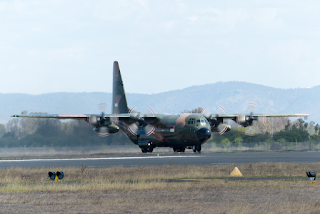 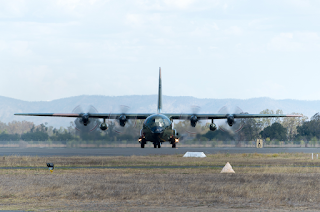 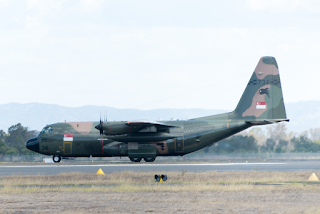 It was heard that '734' was carrying several passengers and it is speculated that this could be an 'advance party' associated with the imminent arrival of RSAF General Dynamics (Lockheed Martin) F-16 fighter jets expected later this week.

The Herc appears to be staying overnight.

Meanwhile, Scott also captured a couple of great photos of a pair of Republic of Singapore Air Force (RSAF) Boeing AH-64D Apache helicopters returning to 'Warriors Camp' from a sortie to the Shoalwater Bay Training Area (SWBTA) as "Astro". 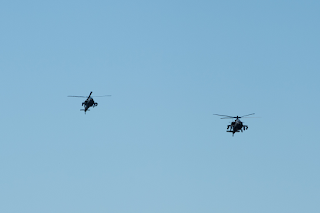 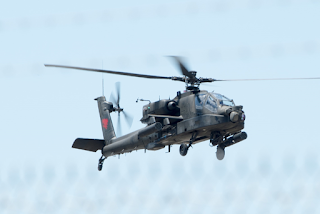 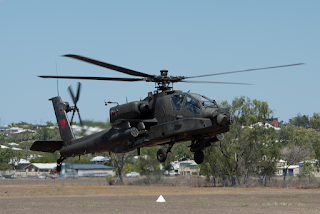 As mentioned below, the RSAF Apache and Boeing CH-47SD helicopters are operating from 'Warriors Camp' during the Singapore Armed Force's Exercise Wallaby 2015.  This new landing ground inside the Australian Army Defence Support Group (DSG) 'Camp Rocky', is adjacent to Rockhampton Airport.

Sincere thanks local plane spotter Scott H for sending through these great photos!

All photos taken by Scott Harris  ©
Posted by Damian F at 8:52 PM