An interesting 'extra' movement into Hamilton Island Airport on Tuesday 13 October with Qantas B737-800 VH-XZP - which is painted in a special 'retro' colour scheme featuring the iconic ochre colour scheme first introduced by Qantas in 1967 - touching down as QFA6100 from Sydney.  It then operated what appears to be a 'additional' flight back to Sydney as QFA1360. 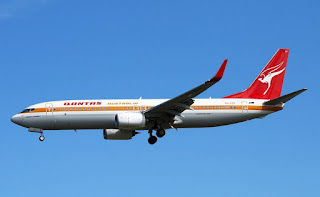 Meanwhile, the run of larger QantasLink (Cobham Aviation) Boeing B717-200 jets operating into Hamilton Island from and back to Brisbane continued on Monday 12 October with VH-NXN operating in and out as QJE1722/1723.  This was in fact the second week in a row that VH-NXN operated this flight, replacing the smaller Dash-8-Q400 turbo-prop. 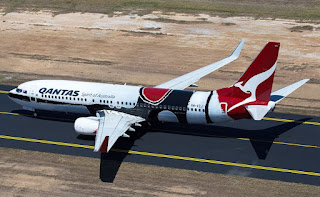 Thanks to Townsville plane spotter Dave for allowing us to share his stunning photos!