After the end of the very spectacular and very successful Airlie Beach Airshow at the Whitsunday Airport at Shute Harbour, several some of the beautiful warbirds that were on display have returned South via CQ Airports to head home.  Perhaps the most spectacular of these - Avioane Craiova Yak-3U-R2000 VH-YOV - made a very welcome visit to Rockhampton Airport on Monday 28 September flying in direct from Shute Harbour. 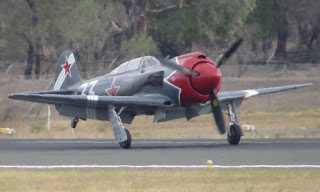 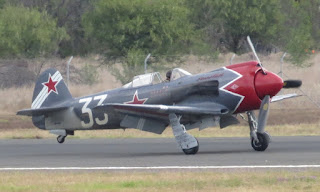 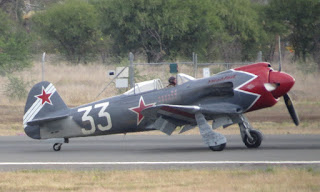 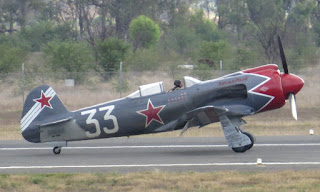 After being refuelled though, a problem was detected with its rear tyre.  The problem was serious enough that it saw VH-YOV stay overnight.  It remained parked outside the R-Mach hangar whose engineers assisted with the repairs. 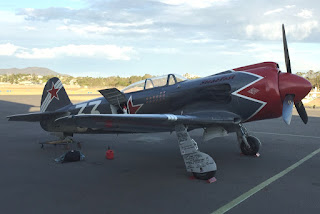 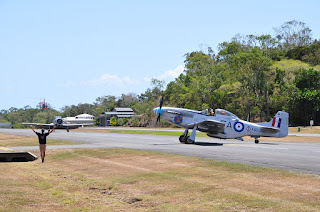 From Mackay, VH-SOB was noted overflying Rocky before landing at Gladstone Airport for fuel while VH-MFT also overflew Rockhampton but landed at Bundaberg Airport where to took on fuel.

Both warbirds eventually departed for Caboolture.