As well as all the helicopters and the spectacular F-16 fighter jets operating out of Rockhampton Airport, another Republic of Singapore Air Force (RSAF) aircraft that is a familiar sight during the Singapore Armed Force's Exercise Wallaby 2015 is Lockheed C-130H Hercules '735'. 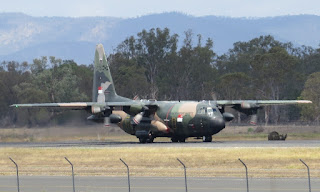 Local plane spotter Kayanne H also captured some photos on Saturday 24 October as '735' departed Rockhampton Airport on one of its various sorties to the Shoalwater Bay Training Area (SWBTA).  For each of its flights the Herc uses the radio callsign of "Condor". 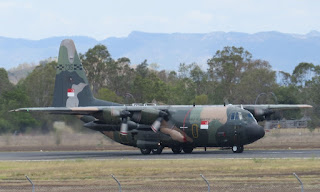 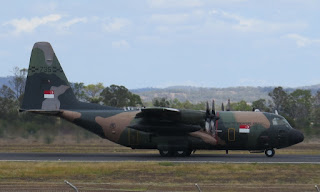 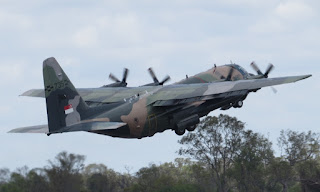 By the looks of it, "Condor" must be transporting equipment to Shoalwater Bay - or could even be dropping the equipment into the battlefield from the back of the Herc? 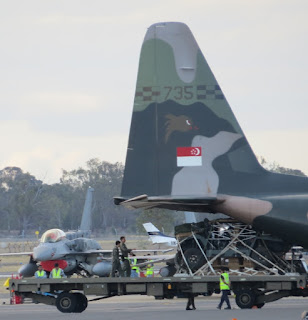 Thanks once again to Kayanne for capturing and sending through these great photos!

All photos taken by Kayanne Hardsman  ©
Posted by Damian F at 9:30 PM