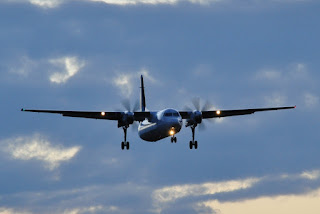 I popped down to Emerald Airport late on Tuesday 27 October - in between storms - to meet up and have dinner with Brendan B of Brisbane-based BMB Photography Plane Spotting and Travel Blog (http://madaboutplanes.blogspot.com.au/).  One real treat of an aircraft to capture late on Tuesday was Virgin Australia Regional Airlines (VARA) (Skywest Airlines) Fokker 50 VH-FNF, which has recently started operating Fly-in Fly-out (FIFO) charter flights into Emerald Airport on Tuesday nights and again on Wednesday mornings. 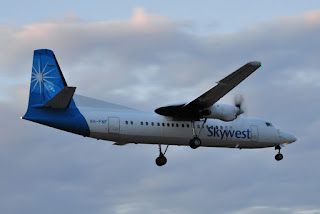 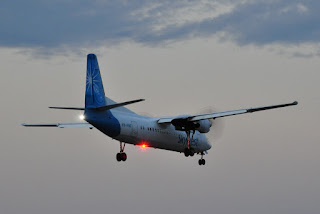 It taxied in under the gaze of a beautiful full moon. 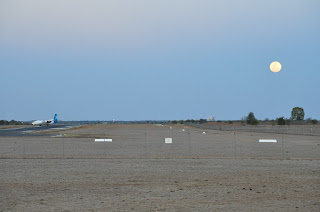 Of interest, VARA has announced that it is selling all eight of its Fokker 50 aircraft in the first half of 2016, and acquiring an additional two Fokker 100s and one Airbus A320.

From the AviationWA website, "The 46-seat Fokker 50s have operated (primarily) in Western Australia since October 1994, when Skywest obtained them from then-parent company Ansett Airlines. Following the collapse of Ansett in September 2001, Skywest was sold to Singaporean investors and in 2013 was acquired by Virgin Australia to become Virgin Australia Regional Airlines.

The withdrawal of Fokker 50s also marks the end of an era for Fokker turboprop operations in Western Australia; turbo-prop services commenced in Western Australia 57 years ago, when MacRobertson Miller Airlines (MMA) placed the first Fokker F.27 Friendship into service in WA regional services, on 27 December 1959."

Virgin Australia acquired two additional Fokker 100s from Alliance Airlines during May 2015 (VH-FWH and VH-FWI), and will acquire an additional two from an unspecified source. Virgin has also commenced a cabin refurbishment of all 14 F100s.

One additional 168-seat Airbus A320 aircraft will also be purchased, taking the fleet to three (joining VH-FNP and VH-YUD). 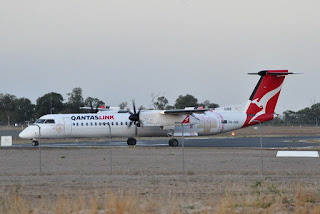 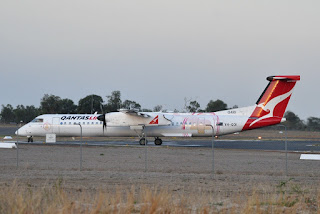 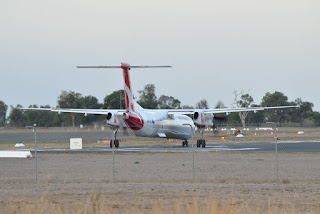 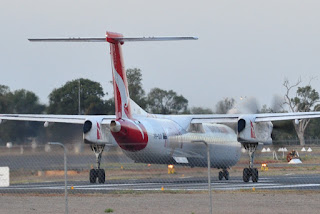 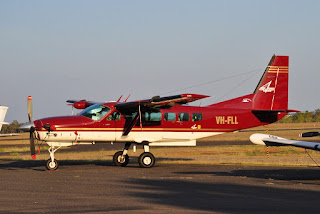 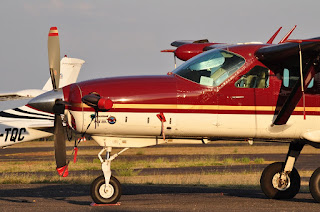 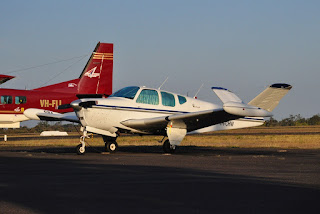