A lovely surprise arrival captured by Col at Gladstone Airport on Wednesday 21 October was Papua New Guinea (PNG) based Pacific Helicopters Bell 212 P2-PAQ which called in from the South. 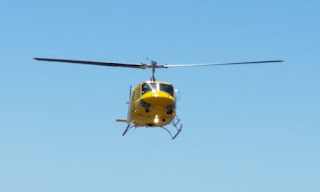 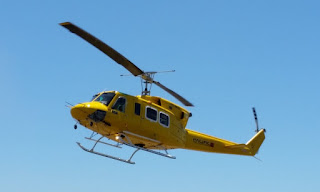 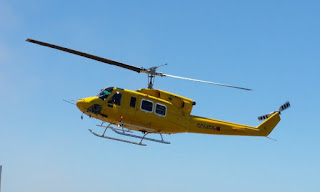 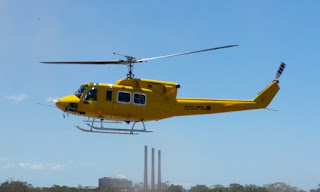 Its arrival made for a spectacular sight with P2-PAQ joining McDermott Aviation Bell 214B-1 Biglifter helicopter VH-SMI which remains parked on the Gladstone Airport apron. 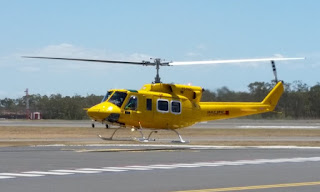 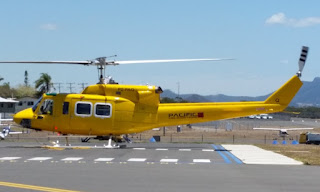 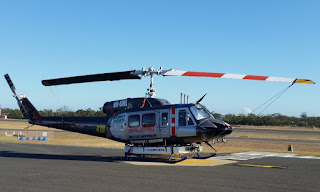 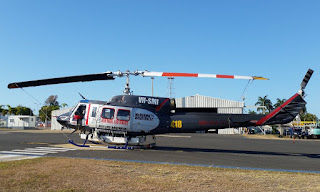 P2-PAQ departed further to the North, with it believed to have landed at Mackay and possibly Townsville.  I would expect it to continue on the PNG over the latter part of this week.

Meanwhile, Col also capture a couple of photos of Virgin Australia Embraer E-190 jet VH-ZPC as it also called into Gladstone Airport on Wednesday 21 October as VOZ1707 from Brisbane. 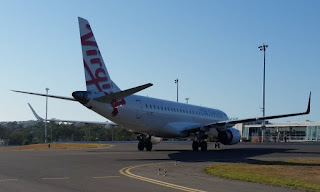 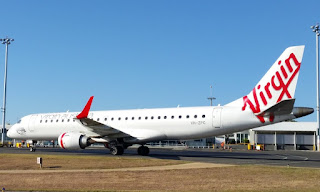 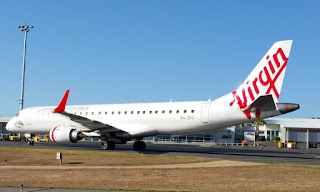 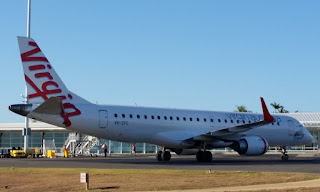 Virgin have continued to send 1-2 jets - usually E-190s - into Gladstone on a daily basis with fellow E-190 VH-ZPE also noted calling in on Wednesday 21 October.

Finally, on the lighter side of movements into Gladstone Airport on Wednesday 21 October, Col captured this Brisbane-based 1966-built Cessna 180H VH-TYT. 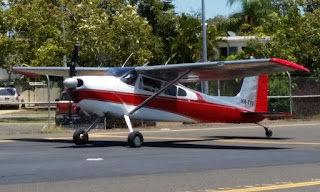 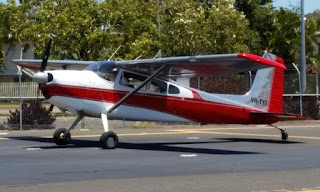 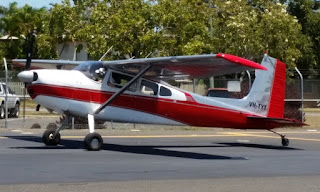 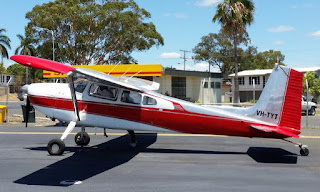 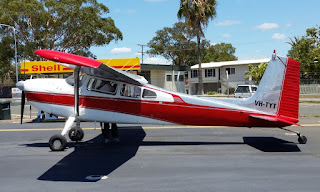 He reports that it was taking on fuel at Gladstone while operating aerial photography flights in the area and further South around the Sunshine Coast.

Sincere thanks to Col for capturing and sending through these great photos!