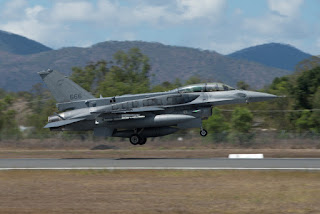 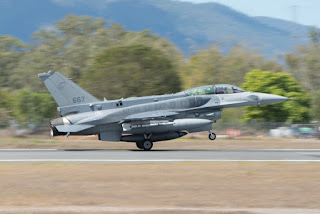 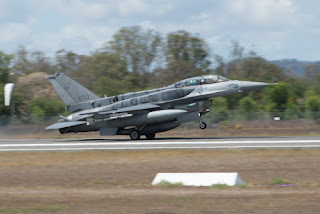 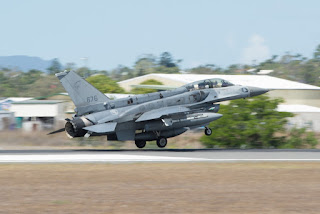 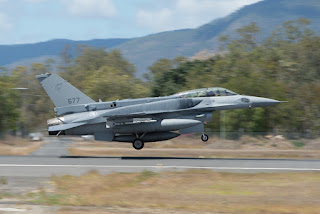 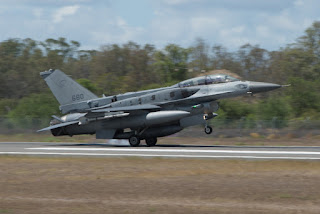 Meanwhile, Scott also captured a couple of photos of RSAF Lockheed C-130H Hercules '733' which also flew into Rocky from Darwin but as "Singa 9576". 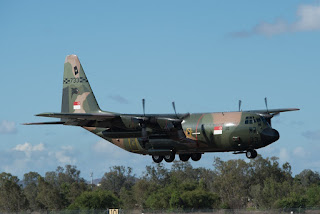 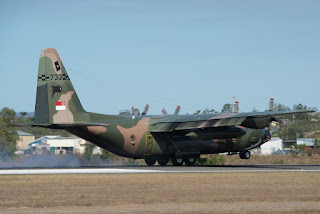 After spending the night parked at Rocky, '733' departed back to Darwin early on Saturday 17 October again as "Singa 9576".

A little later on Saturday 17 October, another RSAF C-130H Hercules '735' touched down at Rockhampton Airport, again flying directly from Darwin, but as "Singa9582".

Information suggests that this Herc has been deployed to Rockhampton to participate in the Singapore Armed Force's Exercise Wallaby 2015.

Sincere thanks to Scott for sending through these awesome photos!