Australian Army Boeing CH-47D Chinook helicopter A15-201 was also spotted by Kayanne H on Saturday 24 October as it overflew Rockhampton Airport while heading North.  It was heard to later land at Mackay Airport before continuing 'home' to Townsville Airport. 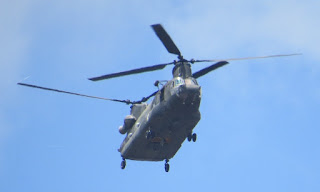 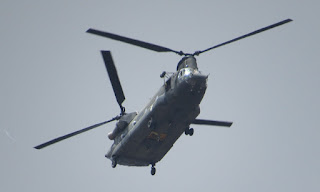 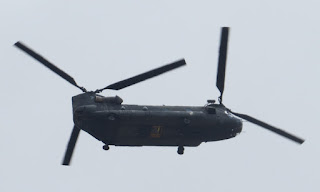 The Chinook was heard to be using the radio callsign of "Brahman 201".

A15-201 was one of two Army CH-47D Chinooks that flew South via Rockhampton around two weeks ago - see Blog post HERE.

Some more great photos from Kayanne captured on Saturday and we thank her again for capturing and sending them through!

All photos taken by Kayanne Hardsman  ©
Posted by Damian F at 10:00 PM