Two days after being rolled out in a new livery promoting and sponsored by retailer 'Sunglass Hut', Jetstar Airways Airbus A320 VH-VFV made its first visit to CQ calling into Proserpine (Whitsunday Coast) Airport on Friday 30 October. 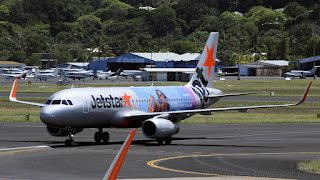 VH-VFV was operating the scheduled JST830/833 service into Prosie from and back to Brisbane. 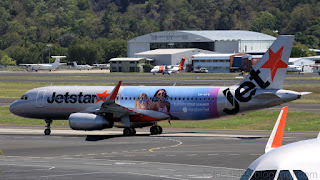 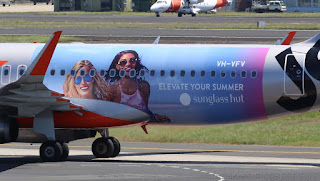 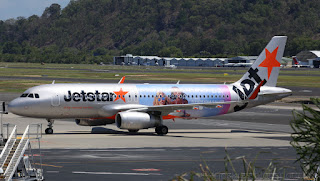 It had earlier called into Brisbane from Cairns where it was spotted by the FNQ Skies Blog visiting also on Thursday 29 October.

Quite stunning I think!