As well as our usual contributors still sending through and sharing some awesome images during the Singapore Armed Force's Exercise Wallaby 2015, we have received some absolutely stunning images from one of the many fans of the Central Queensland Plane Spotting Blog who have enjoyed the spectacle as the various Republic of Singapore Air Force (RSAF) aircraft and helicopters take to the air from Rockhampton Airport during the day and the night! 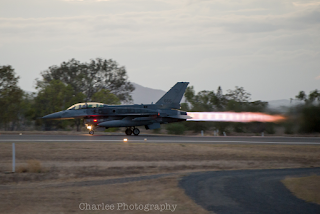 Late on Sunday 25 October, Colleen from Charlee Photography captured some great photos of the spectacular departures of the Republic of Singapore Air Force (RSAF) F-16D Block 52 Version Fighting Falcon jets that are currently based at Rockhampton Airport as they departed on sorties to the Shoalwater Bay Training Area (SWBTA). 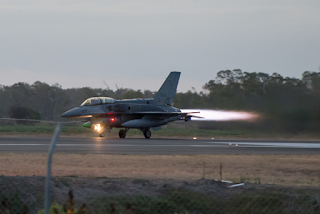 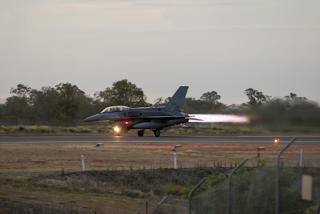 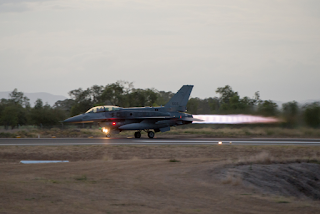 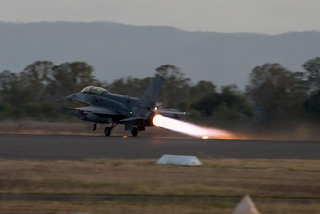 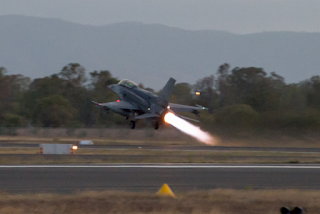 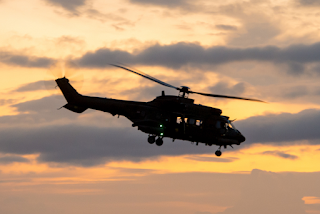 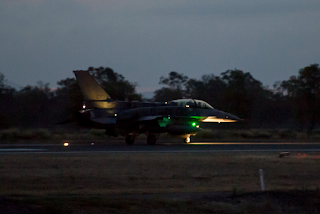 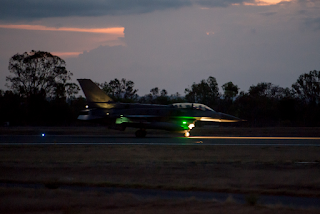 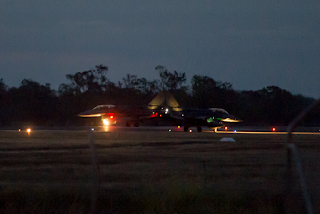 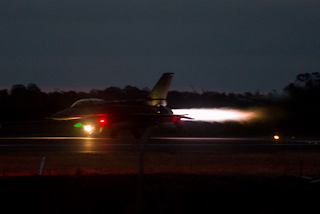 Sincere thanks to Colleen for capturing these photos which is certainly a departure from the norm for her, as Charlee Photography is actually one of the Rockhampton region's favourite newborn and maternity photography businesses.  Colleen even admitted that capturing the F-16 was a rarity for her as she normally specialises in capturing special events and precious moments.  Colleen can be contacted by phone on:  0414 707 927, or by email:  colleen@charleephotography.com.au .  Charlee Photography's website is:  http://www.charleephotography.com.au .
Posted by Damian F at 7:26 AM