Local plane spotter Ben O loves his military hardware, and so it comes as no surprise that he has kindly shared some spectacular images from Rockhampton Airport on Sunday 25 October.  Ben was fortunate enough to capture some great photos as the various Republic of Singapore Air Force (RSAF) aircraft took to the air from Rockhampton Airport as the Singapore Armed Force's Exercise Wallaby 2015 continues to held around Rocky and the nearby Shoalwater Bay Training Area (SWBTA). 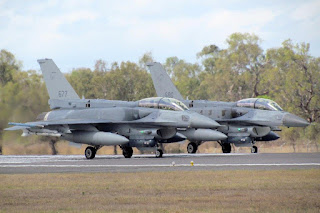 Ben captured some great photos of all six General Dynamics (Lockheed Martin) F-16D Block 52 Version Fighting Falcon jets that are based at Rockhampton Airport as they departed to and eventually returned from Shoalwater Bay. 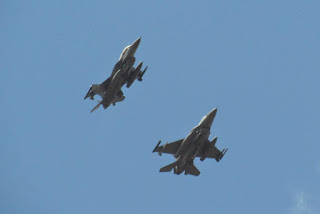 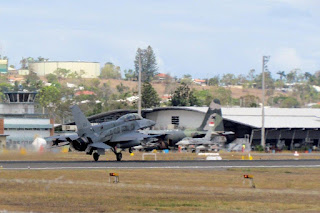 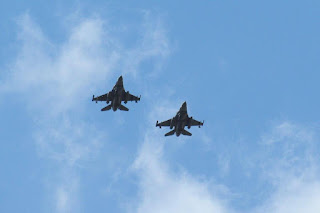 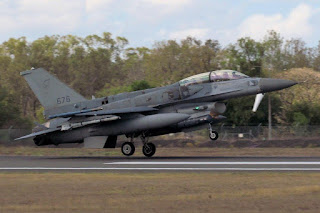 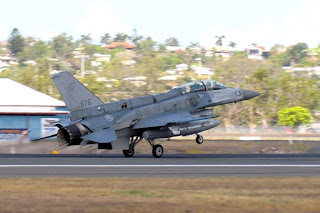 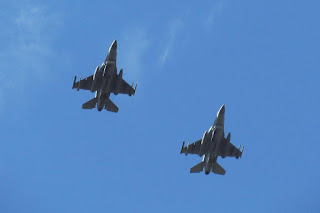 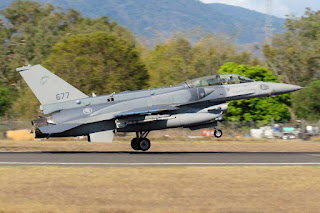 He also captured some great departure photos of RSAF Lockheed C-130H Hercules '735' which also departed to Shoalwater Bay as "Condor". 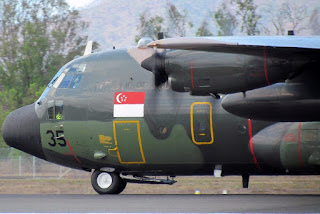 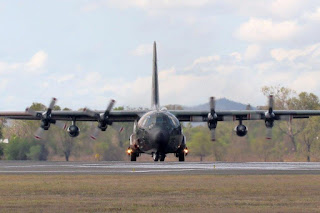 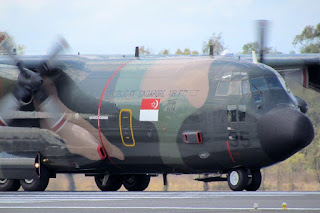 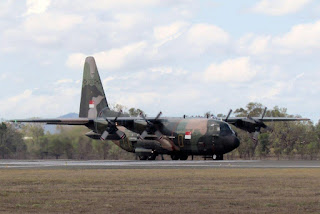 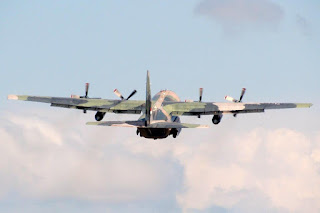 Finally, on Saturday 24 October, Ben captured a couple of photos as of one of the five RSAF Boeing AH-64D Apache helicopters returned to 'Warriors Camp' - the RSAF's landing ground inside the Australian Army Defence Support Group (DSG) 'Camp Rocky'. 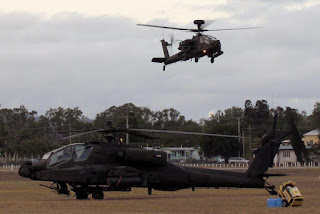 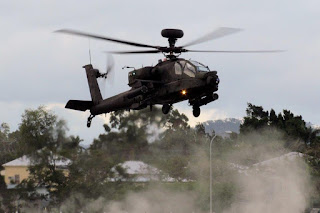 Some really nice photos from Ben who said he thoroughly enjoyed his weekend of plane spotting around Rockhampton Airport.  Awesome stuff mate - thanks heaps Ben for taking the the time to capture and send through these photos!