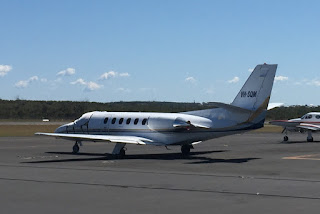 VH-SQM visited for the day from Machjet's Sunshine Coast Airport base.  Local plane spotter Ben M was able to capture a couple of nice photos as it sat on the Hervey Bay Airport apron. 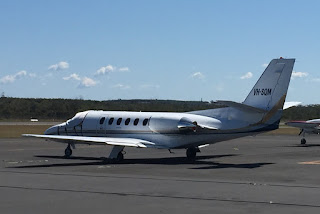 VH-SQM is shown parked beside Brisbane-based Cessna 340 VH-LKM which had earlier called in from Archerfield. 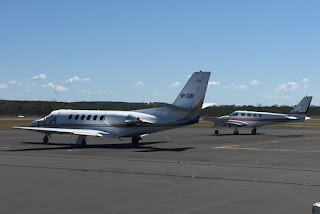 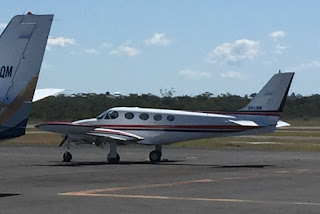 Of interest, VH-SQM has only recently been registered to Machjet after being delivered to Melbourne (Essendon) Airport earlier in 2015 with its former German registration of D-CJJJ.  I was fortunate to capture the Citation parked at Essendon in April. 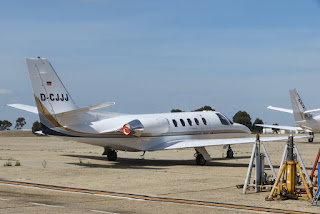 Sincere thanks to Ben for taking the time to capture and share these photos!