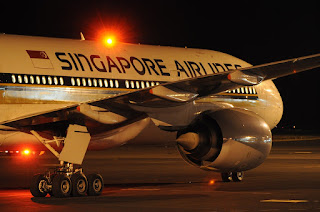 Another great evening at Rockhampton Airport on Sunday 18 October as the second 'wave' of heavy jet charter flights in support of the Singapore Armed Force's Exercise Wallaby 2015 continued with perhaps the final ever visit of a Singapore Airlines Boeing B777-200 after 9V-SVO touched down direct from Singapore's Changi Airport as SIA8931. 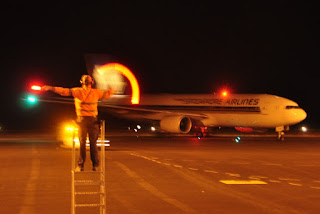 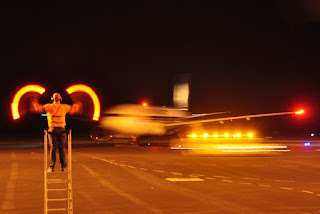 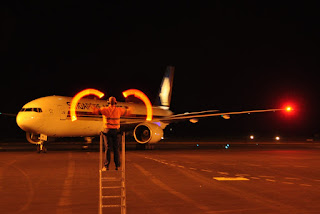 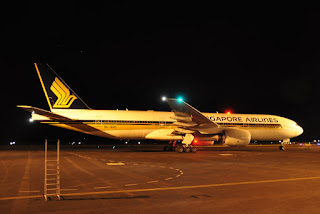 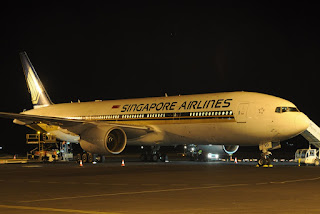 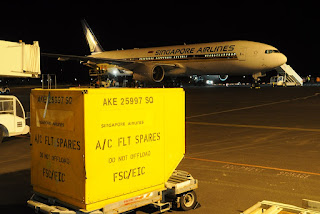 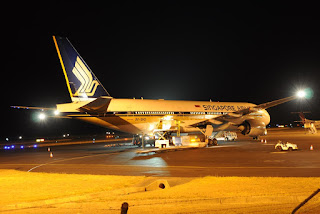 Singapore Airlines' fleet of B777-200s are slowly being retired and stored - in fact one example 9V-SVD is stored at Alice Springs - and replaced by Airbus A330 and now A350 aircraft. 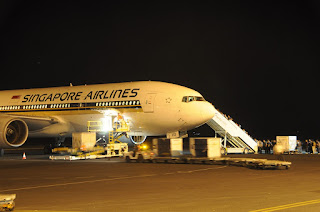 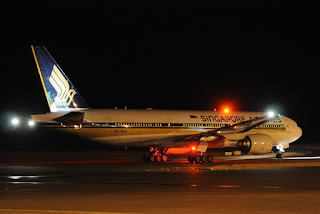 Soon after the B777-200 departed, Singapore Airlines Airbus A330-300 9V-STR also touched down at Rockhampton Airport on Sunday 18 October, flying direct from Changi as SIA8933. 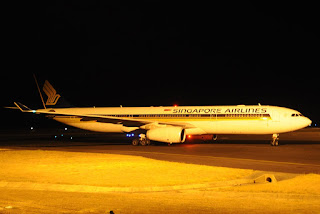 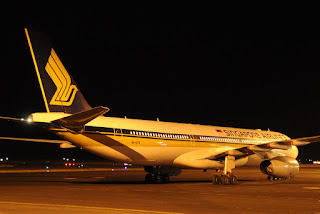 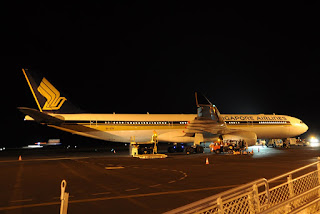 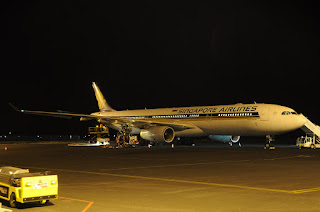 I believe it too unloaded a full inbound load, and then loaded a full outbound load of passengers and cargo before it too departed back to Changi but as SIA8934.

One more heavy jet charter is expected to call into Rocky late on Monday 19 October with another Singapore Airlines A330-300 due to pop in.   This is will bring the second 'wave' for heavy jets to an end with the third 'wave' expected in early November.

It was a great weekend spent at Rocky, and it was great to capture four heavy jets calling into Rockhampton Airport.
Posted by Damian F at 6:00 AM