Local plane spotter 'IAD' was on hand late on Monday 19 October as a flight of four Republic of Singapore Air Force (RSAF) General Dynamics (Lockheed Martin) F-16D Block 52 Version Fighting Falcon jets returned to Rockhampton Airport at the completion of one of several sorties during the day to the nearby Shoalwater Bay Training Area (SWBTA).

All six F-16s that arrived into Rocky last week took to the air on Monday marking the start of their participation in the Singapore Armed Force's Exercise Wallaby 2015.  As mentioned below, the F-16s are all flown by the RSAF's 145th Squadron out of Changi Air Base in Singapore and during their flights on Monday were heard to use the radio callsigns of "Hornet" and "Viper". 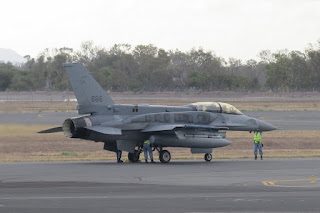 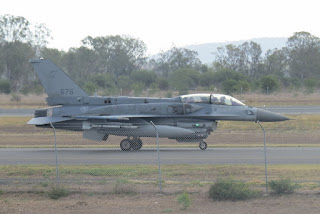 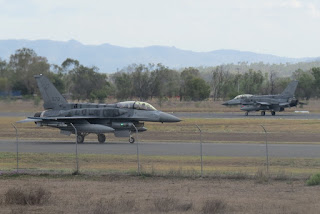 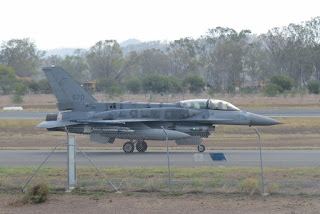 For this particular flight, three of the four F-16s were identified as '666', '676' and '670'.  After landing, the fourth F-16 - '680' - was then involved in an exercise involving the Rockhampton Airport Aviation Rescue Fire Fighters responding and dispersing a simulated Hydrazine leak from the aircraft. 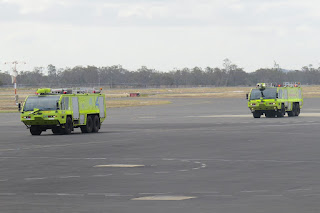 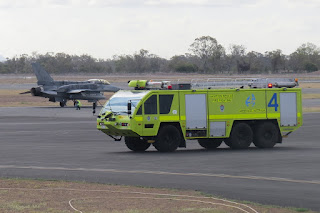 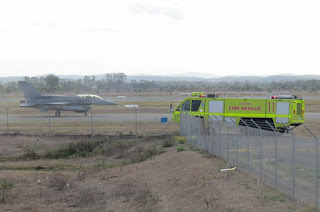 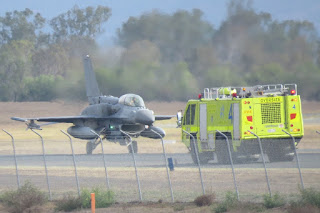 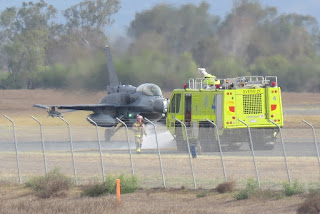 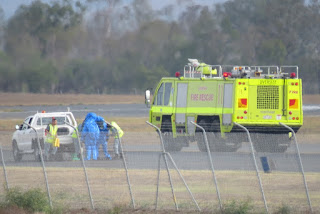 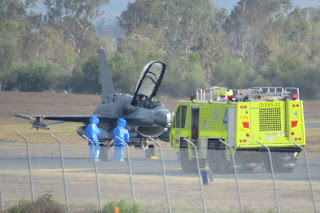 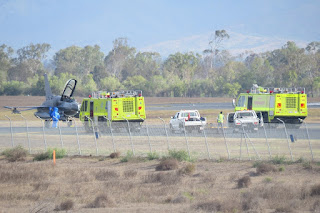 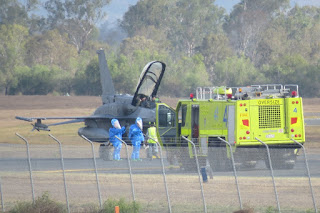 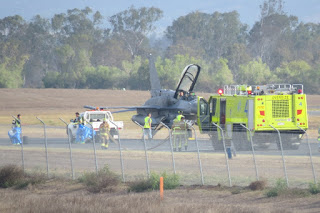 With the exercise complete, '680' was then towed back to the Northern military hardstand where it joined the other five F-16s. 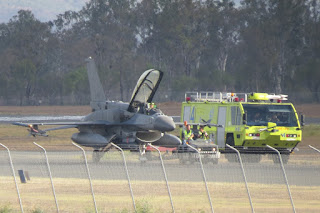 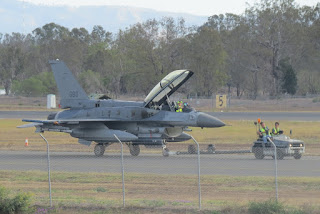 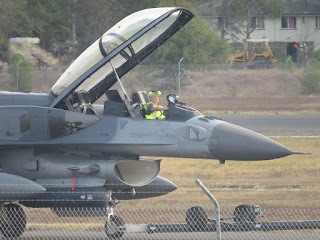 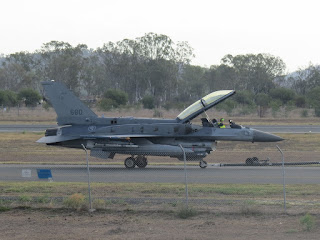 At the time of writing, I am advised that it looks to be another very busy day of flying for the RSAF on Tuesday 20 October both out of Rockhampton Airport and 'Warriors Camp' where the Boeing CH-47SD Chinook and Boeing AH-64D Apache helicopters are operating from.

Some awesome photos of some awesome action from Rockhampton Airport and we thank 'IAD' for taking the time to capture and send them through.