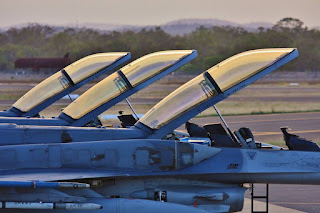 Phil very kindly allowed us to share some of the remarkable photos he has captured showing the RSAF crews preparing their F-16s and then departing on sorties from Rocky to the Shoalwater Bay Training Area (SWBTA) during the Singapore Armed Force's Exercise Wallaby 2015. 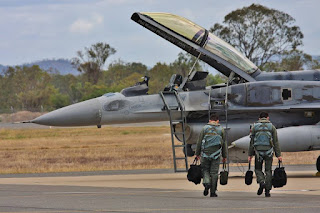 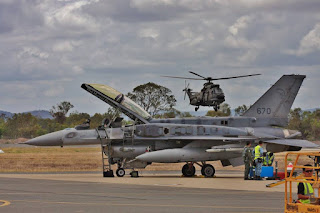 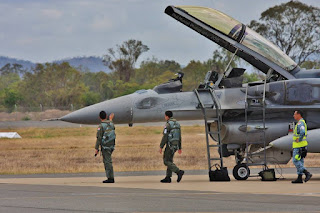 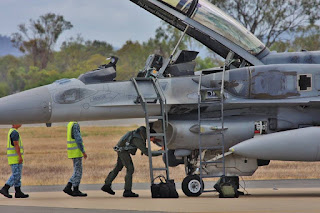 Stay tuned to the CQ Plane Spotting Blog in the coming days as we share more of these stunning photos captured by Phil.

Of interest, the RSAF F-16s are due to wrap-up their flight operations during Exercise Wallaby 2015 towards the end of this coming week.  There are reports that all six will depart Rockhampton on Monday 9 November.

Sincere thanks to Phil for allowing us to share his fantastic photos!