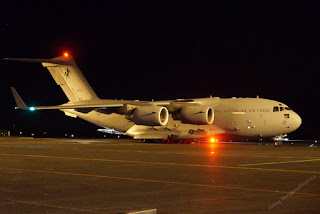 One of the more notable aircraft to be captured by local plane spotters Kayanne H and Ash B on Wednesday was a pair of Royal Australian Air Force (RAAF) Israeli Aerospace Industries (IAI) Heron Unmanned Aerial Vehicles (UAVs). 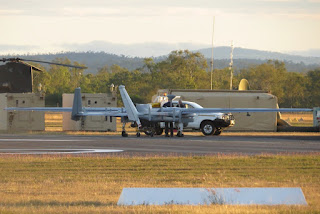 The Herons are reportedly being flown out of Rockhampton Airport in the lead-up to, and then during Exercise Talisman Sabre marking the first time ever that a drone is being operated in civilian airspace.  The two Herons spotted at Rockhampton Airport wear the serial numbers A45-253 and A45-262 and were believed to have been freighted to Rocky and re-built on-site. 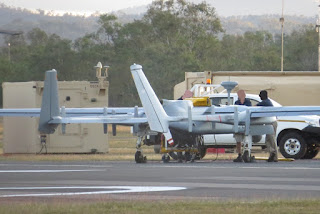 There was also some helicopter action at Rockhampton Airport on Wednesday 17 June that was captured by Kayanne and Ash with pairs of Australian Army Eurocopter (ARH) Tiger Armed Reconnaissance Helicopters taking to the air, heading to the Shoalwater Bay Training Area (SWBTA) during both daylight hours and at night.  They have been heard using the radio callsigns of "Marlin 11", "Nightmare 21" and "Nightmare 31". 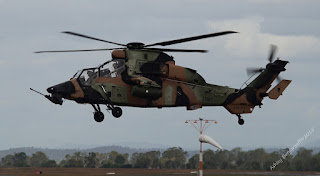 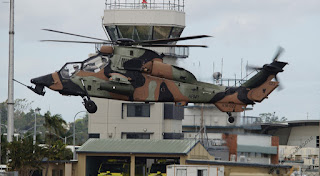 And a sixth Tiger helicopter has arrived at Rockhampton with Kayanne capturing A38-007 on the ground parked beside Runway 04/22. 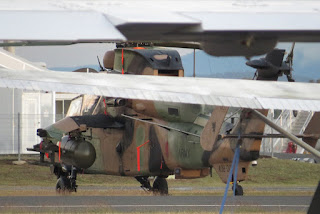 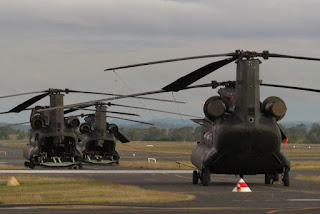 While some of the four NH Industries MRH-90 Multi-Role Helicopters are also taking to the air with Kayanne capturing A40-032 performing what looked to be winching exercises near Rockhampton Airport. 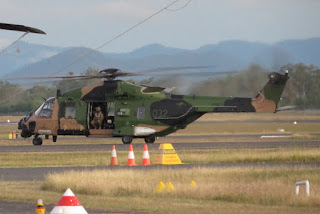 While A40-019 was captured departing Rockhampton Airport for Shoalwater Bay as "Destria 41". 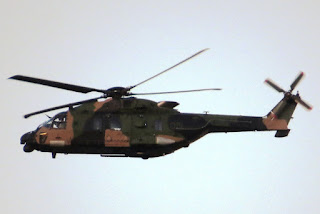 It's also worth noting that earlier on Wednesday 17 June, RAAF Lockheed C-130J Hercules A97-464 was heard to overfly Rockhampton Airport for Shoalwater Bay as "Trojan 32".

Finally, after the sun went down on Wednesday 17 June, RAAF Boeing C-17A Globemaster III A41-211 touched down at Rockhampton Airport as "Stallion 45" from Darwin. 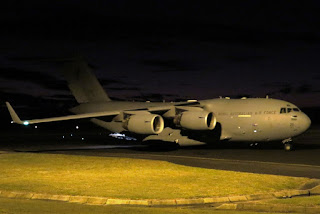 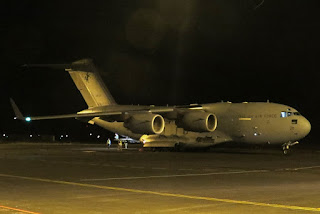 After offloading its cargo and taking on fuel, the Globemaster departed back to Darwin.

Some more great photos from Rockhampton Airport during the lead-up to these forth-coming military exercises!  We sincerely thank Kayanne and Ash for capturing and sending them through!