As we mentioned previously, two Australian Army Boeing CH-47D Chinook helicopters joined four four NH Industries MRH-90 Multi-Role Helicopters in flying from Townsville to Rockhampton via a fuel stop in Mackay on Sunday 14 June.  Although one of the Chinooks - believed to be A15-202 - didn't make it Rocky and instead remained parked at Mackay Airport due to serviceability issues. 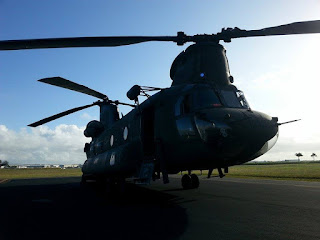 On Tuesday 16 June, A15-202 - wearing the name "Good as Gold" - was joined at Mackay Airport by fellow CH-47D Chinook helicopter A15-152 - "Silky Smooth" - where they were both captured preparing for departure to Rockhampton. 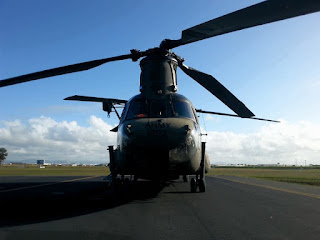 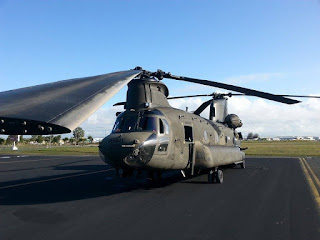 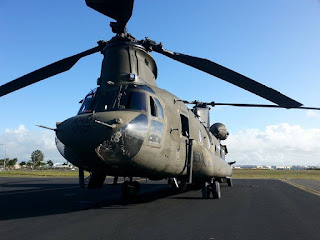 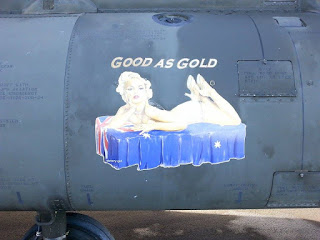 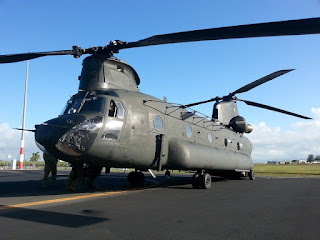 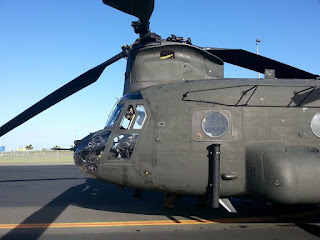 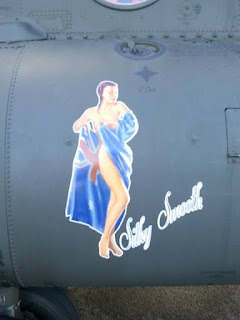 Both Chinooks were heard to use their 'usual' callsigns of "Brahman 202" and "Brahman 152" respectively as they departed.