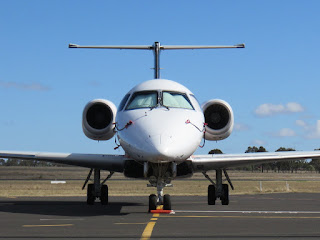 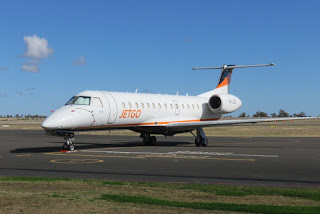 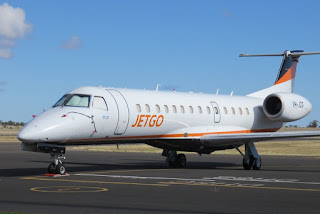 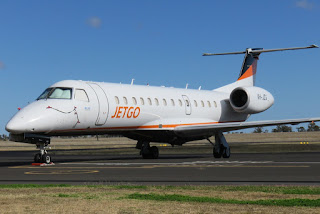 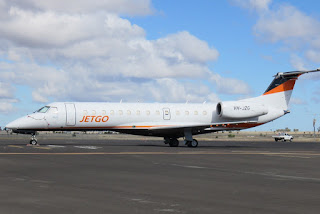 VH-JZG later departed to Gladstone as JG91 where it looked to be spending the night.

Back at Roma Airport, Graham also captured a photos of QantasLink Dash-8-Q400 VH-QOM as it prepared for departure to Brisbane as QLK2561. 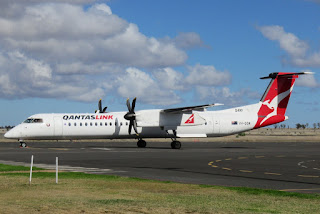 QantasLink currently flys around 30 services into Roma each week from Brisbane, with some flights continuing West to Charleville.

Due to call into Roma later on Tuesday 23 June was Charleville-based Royal Flying Doctor Service (RFDS) Pilatus PC-12/45 VH-FDP "FlyDoc 434".  VH-FDP has in fact called into Roma a couple of times as well over the last couple of days.

Also on the lighter side of the General Aviation (GA) movements this week, B200 King Air turbo-props VH-WXO of Austrek Aviation, VH-FON of Flight One (Services) VH-FON and VH-HPP and VH-EWQ of the Toowoomba-based Easternwell Group have all called in at least once. 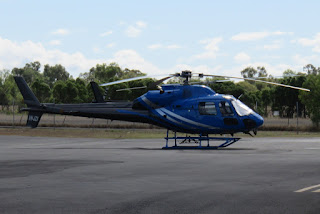 And finally, Gulf Aircraft Agusta AW119 MKII helicopter VH-PYO also called into Roma on Tuesday 23 June while on a journey from Archerfield to Mount Isa via Roma and Longreach.

Thanks Graham for capturing these great photos!

All photos taken by Graham McKnight  ©
Posted by Damian F at 8:43 PM