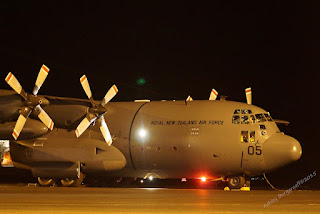 The Herc flew directly into Rocky from RNZAF Base Ohakea - an operational base of the Royal New Zealand Air Force near Palmerston North - as "Kiwi 303". 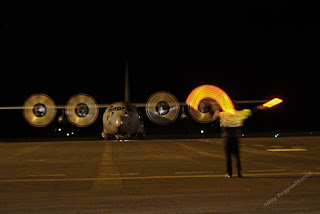 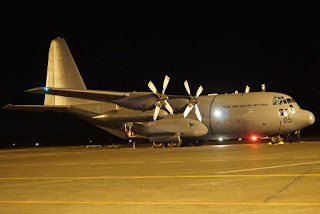 NZ7005 is believed to have brought equipment to Rocky in support of the New Zealand Defence Force's (NZDF) participation in joint-Military Exercise Talisman Sabre 2015.

It remains parked on the Southern end of the Rockhampton Airport apron and is expected to depart some time in the early afternoon on Friday 19 June.

No doubt there will be more photos of NZ7005 - and more of the continuing action at Rockhampton Airport - posted over the coming days!

Sincere thanks to Ash B for taking the time to capture and send through these awesome photos of such a great visitor to CQ!

All photos taken by Ash Burggraaff  ©
Posted by Damian F at 10:26 PM