No doubt in support of current and upcoming Australian Defence Force (ADF) training exercises, Australian Army Sikorsky S-70A-9 Blackhawk helicopters A25-219 and A25-102 were both noted calling into Rockhampton Airport on Wednesday 10 June from the South.  They were heard to be using the callsigns "Spartan 219" and "Spartan 102" and were both later noted departing North to Townsville. 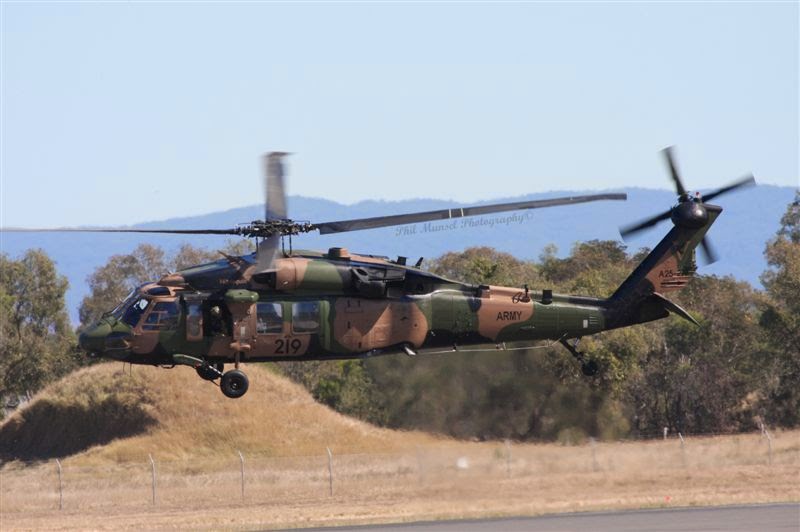 A third Blackhawk - A25-203 - "Spartan 203" - was heard to land at Gladstone Airport before flying North overhead Rockhampton, before also continuing further North to Townsville.

Meanwhile, on Tuesday 9 June, Royal Australian Air Force (RAAF) Boeing C-17A Globemaster III A41-210 was noted performing a missed approach at Rockhampton Airport.  Flying as "Stallion 35", the Globemaster flew North from RAAF Base Amberley and after conducting the missed approach at Rocky, continued into the Shoalwater Bay Training Area (SWBTA).  It is believed that A41-210 then conducted airwork around Maryborough before returning to Amberley.