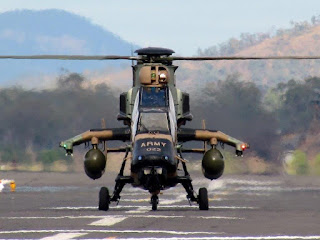 Local plane spotter Ben O loves his military hardware, and so it came as no surprise that he has kindly shared some spectacular images from Rockhampton Airport on Friday 19 June as Australian Army Eurocopter (ARH) Tiger Armed Reconnaissance Helicopter A38-022 departed on a sortie right over his vantage point. 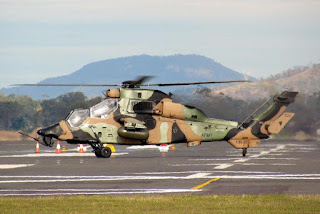 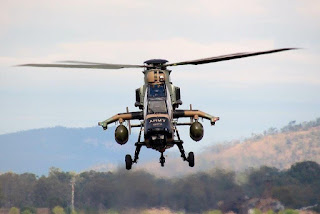 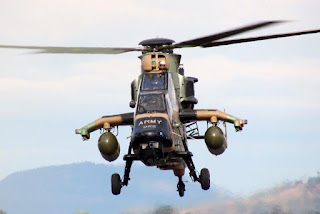 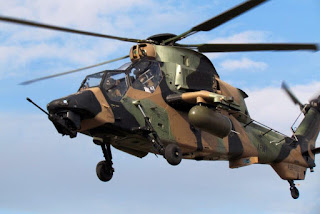 As reported this week, there are six Tiger helicopters 'based' as Rockhampton Airport that are currently flying sorties to the Shoalwater Bay Training Area (SWBTA) and sometimes beyond using the unique radio callsigns of "Marlin", "Nightmare" and "Griffin". 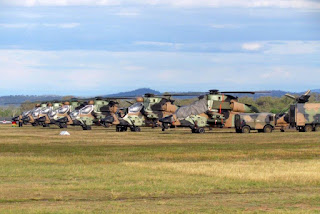 The ARH (Armed Reconnaissance Helicopter) Tiger is a four-bladed, twin-engined attack helicopter which first entered service in 2003 and is one of the most advanced armed reconnaissance helicopters in the world today.

Meanwhile, while he was at Rockhampton Airport on Friday, Ben also captured a couple of great photos of Australian Army Boeing CH-47D Chinook helicopter A15-151 which he captured departing near to Rockhampton as "Brahman 151". 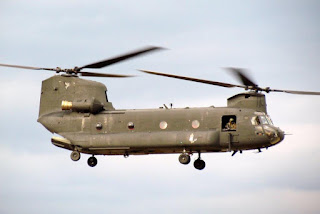 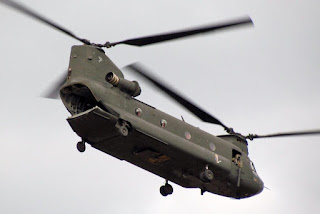 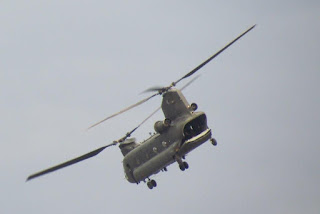 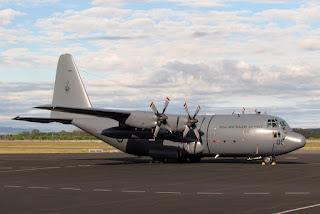 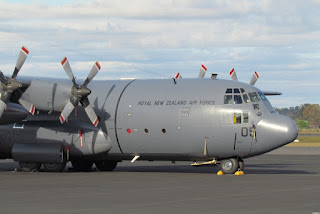 NZ7005 departed on Friday 19 June to RNZAF Base Auckland-Whenuapai again as "Kiwi 303".

Sincere thanks to Ben for allowing us to share his awesome photos from Rockhampton Airport on Friday.