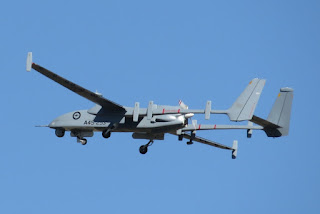 Local plane spotter Kayanne H captured the moment as A45-253 took to the air from Rockhampton Airport for a brief flight into the Shoalwater Bay Training Area (SWBTA). 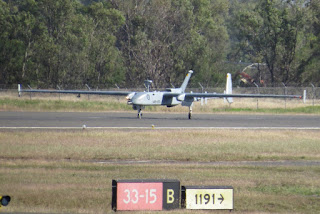 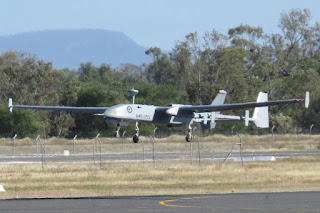 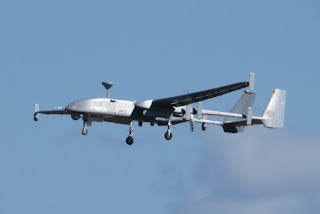 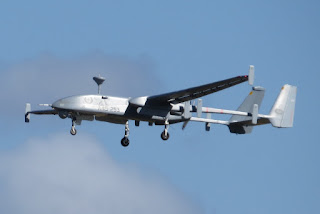 A45-253 returned to Rockhampton Airport just over an hour later. 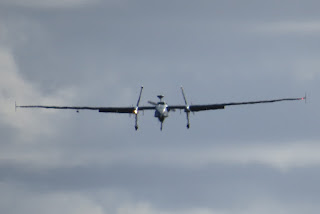 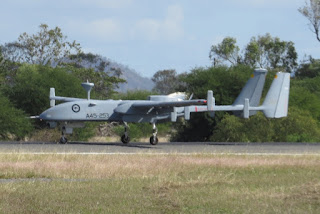 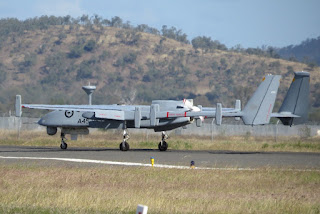 A45-253 was heard to use the radio callsign of "Unmanned Bluey 70" during its morning flight.

It is believed that there was another flight by a Heron later on Monday, with (I'm told) more flights planned for later this week.

Sincere thanks to Kayanne for her continuing coverage of the fantastic action at Rockhampton Airport!

All photos taken by Kayanne Hardsman  ©
Posted by Damian F at 8:45 PM