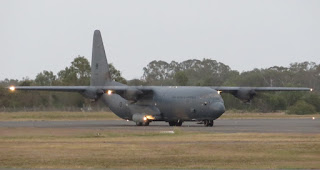 The Herc was believed to have arrived from RAAF Base Amberley. 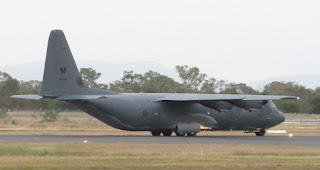 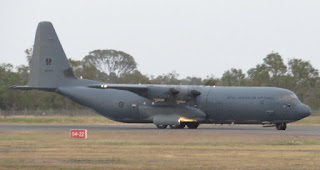 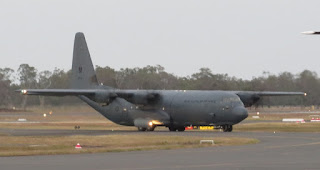 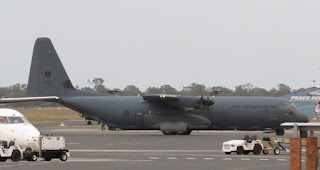 It remained on the ground for a short time before departing South to RAAF Base Richmond in New South Wales.  A97-441 was noted to be using the radio callsign of "Ausy 579".

Of interest, A97-441 was recently re-painted in this new darker livery by Townsville-based paintshop "Flying Colours".  A97-441 was spotted at Rockhampton Airport about this-time-last-year.

Meanwhile, as mentioned below, Rockhampton Airport now has a trio of Australian Army Boeing CH-47D Chinook helicopters on the ground with A15-202 and A15-151 spotted joining A15-152 parked beside Rocky's cross Runway 04/22 late on Tuesday 16 June.


With the arrival of the two Chinooks into Rocky, this means that three of the big tandem rotor heavy-lift helicopters are parked, along with five Eurocopter (ARH) Tiger Armed Reconnaissance Helicopters and four NH Industries MRH-90 Multi-Role Helicopters.