On Monday 15 June, three of the four Australian Army NH Industries MRH-90 Multi-Role Helicopters that touched late on Sunday departed on a flight out of Rockhampton Airport. 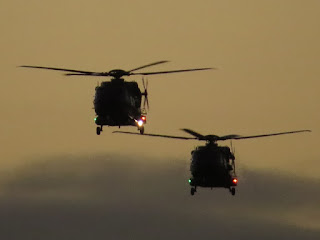 Local plane spotter Kayanne H was on hand at Rockhampton Airport late on Monday to capture their return. The three choppers flew under the radio callsign of "Destrier 1" and were believed to be A40-024, A40-025 and A40-032. 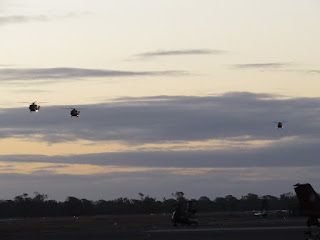 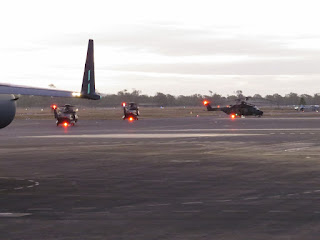 The fourth MRH-90, identified as A40-019, became unserviceable and did not join the other choppers. A40-019 was noted performing an engine run while still parked at Rocky Airport during Monday.

Meanwhile an  Australian Army Boeing CH-47D Chinook helicopter has also touched down at Rockhampton Airport on Monday 15 June. The Chinook has been identified as being A15-151 and is one of two that departed Townsville for Rocky on Sunday. 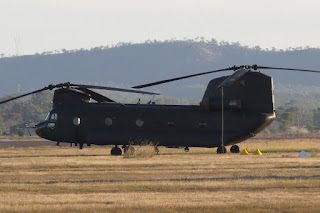 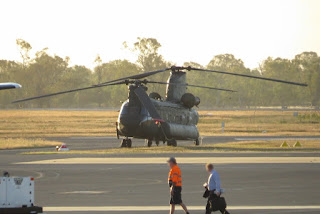 Both Chinooks landed at Mackay for fuel but only one returned to the air due with the other becoming unserviceable.  It appears that A15-151 possibly spent Sunday night in the Shoalwater Bay Training Area (SWBTA) as reports suggest the other Chinook is remains parked at Mackay Airport.