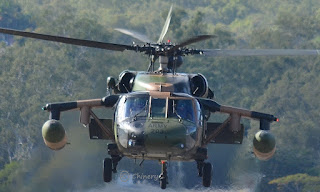 Local plane spotters have sent through some absolutely stunning photos of Australian Army Sikorsky S-70A-9 Blackhawk Helicopter A25-203 as it called into Gladstone Airport on Wednesday 10 June. 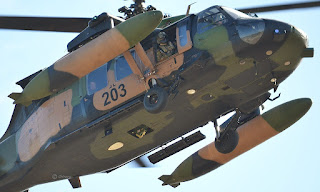 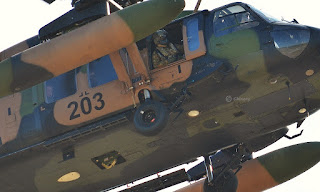 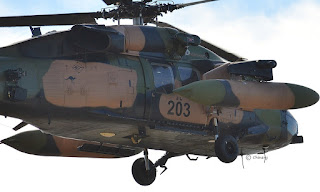 The Blackhawk, which is operated the Army's 171st Aviation Squadron (forming part of the 6th Aviation Regiment) based at Holsworthy Barracks near Sydney, was flying North to Townsville as "Spartan 203".

After departing Gladstone, A25-203 departed North via Rockhampton where it was spotted overflying at low level, eventually landing at Townsville along with another two Blackhawks - A25-219 and A25-102 - which both landed at Rocky - see Blog post below. 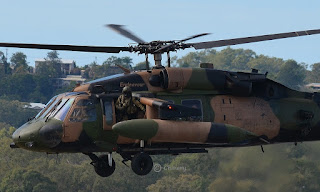 Some absolutely stunning photos from a pair of talented aviation photographers that we are very lucky to have in Central Queensland.  Sincere thanks to Jamie and Tash for taking the time capture and send through these photos!