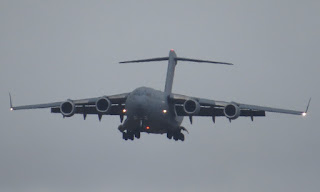 Local plane spotter Kayanne H was at the right place at the right time as Royal Australian Air Force (RAAF) Boeing C-17A Globemaster III A41-211 touched down at Rockhampton Airport on Saturday 13 June. 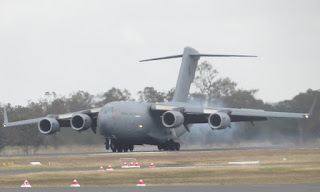 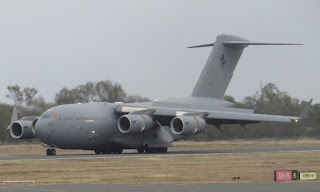 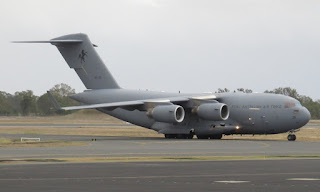 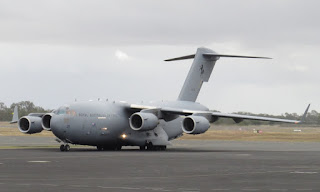 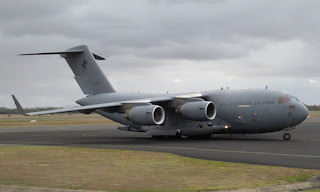 After offloading passengers and cargo, A41-211 made a spectacular departure from Rocky to RAAF Base Amberley. 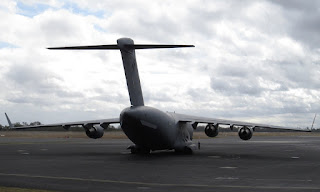 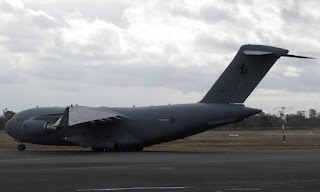 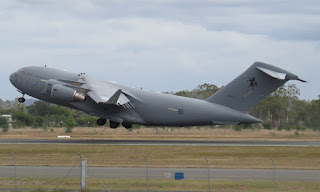 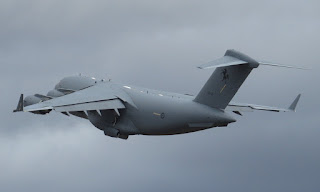 Meanwhile, Kayanne also sent through some more great photos from Friday 12 June as three Australian Army Sikorsky S-70A-9 Blackhawk helicopters - A25-205, A25-111 and A25-109 - all landed at Rockhampton Airport. 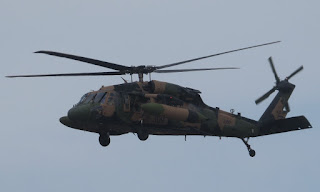 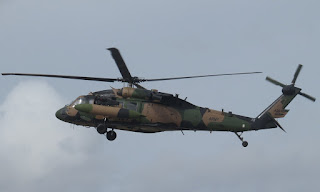 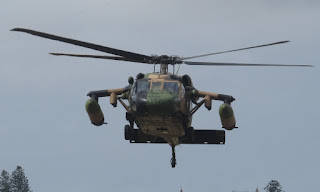 All three Blackhawks were noted arriving from the South and after taking on fuel, they departed in quick succession to Townsville. 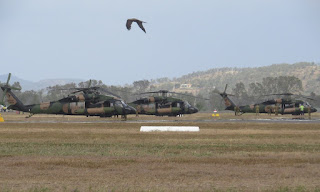 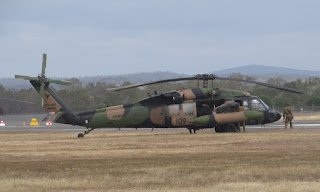 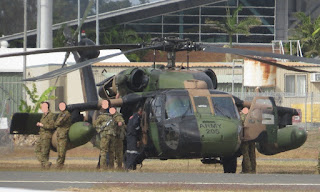 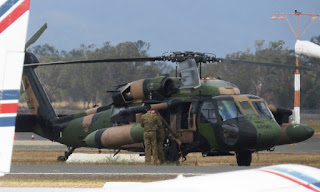 Thanks to Kayanne for capturing and sending through these great photos!

All photos taken by Kayanne Hardsman  ©
Posted by Damian F at 10:27 PM