The fantastic military aircraft and helicopter action at Rockhampton Airport continued on Thursday 18 June with another Royal Australian Air Force (RAAF) Boeing C-17A Globemaster III A41-206 calling in - and local plane spotter Kayanne H was on hand to capture some great photos! 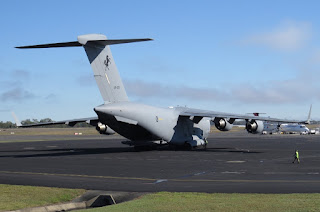 On this occasion, A41-206 was spotted at Rockhampton Airport after arriving from RAAF Base Amberley as "Stallion 70". 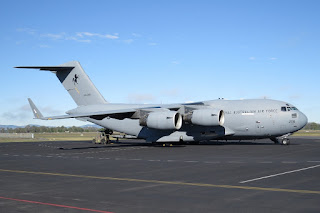 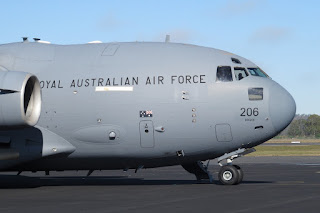 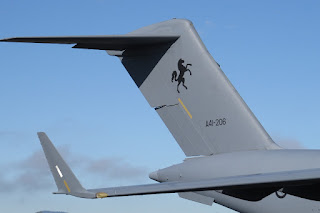 It later made a spectacular departure to Townsville. 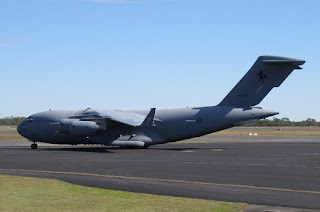 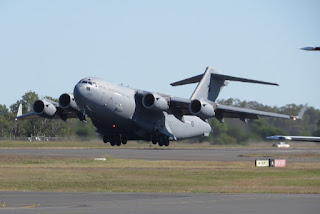 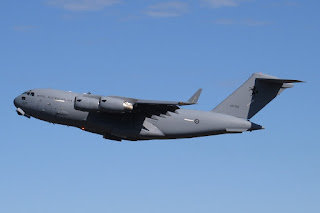 Meanwhile, another RAAF C-17A - believed to be A41-209 "Stallion 67" - was heard to flying within the Shoalwater Bay Training Area (SWBTA).

Back at Rockhampton Airport, the Australian Army helicopter action continued with NH Industries MRH-90 Multi-Role Helicopters A40-019 and A40-025 departing together as "Destrier 1". 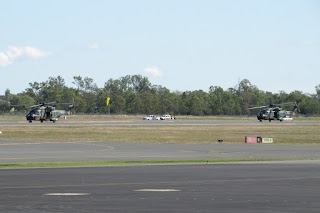 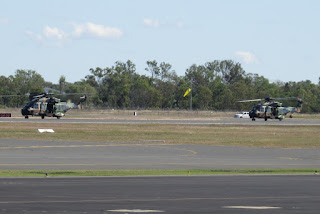 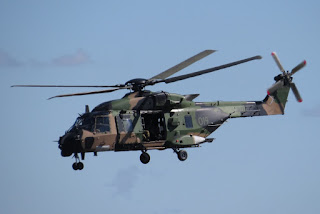 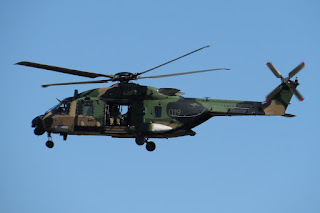 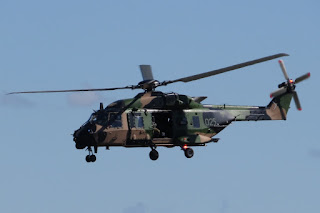 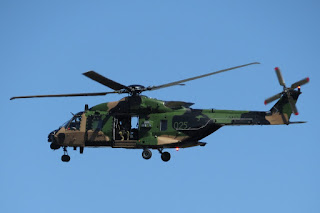 While around dusk, the spectacular sight of a flight of six various Army helicopters - 2 Eurocopter (ARH) Tiger Armed Reconnaissance Helicopters, 2 MRH-90 helicopters and 2 Boeing CH-47D Chinook helicopters - all departed to the Shoalwater Bay Training Area together as "Destrier 3". 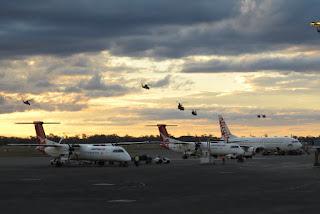 The Australian Army Eurocopter (ARH) Tiger Armed Reconnaissance Helicopters have also been noted departing in pairs using various callsigns with "Nightmare 41" noted departed during the evening and conducting circuits at Rockhampton Airport with the pilots heard to be operating with Night-Vision Goggles (NVGs). 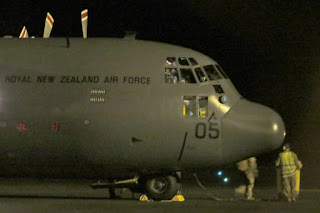 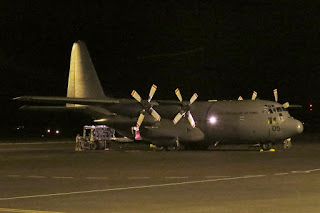 It is expected to depart later on Friday 19 June.

Sincere thanks to Kayanne H for all her time and efforts in capturing these great photos and for editing and sending them through for us to enjoy!  Thanks Kayanne!