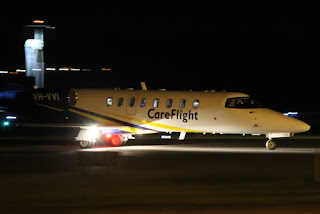 VH-VVI flew in from Brisbane on presumably a med-evac flight.  It returned to the capital a little while later.

Again, it was noted to be using its usual radio callsign of "Ambulance 451". 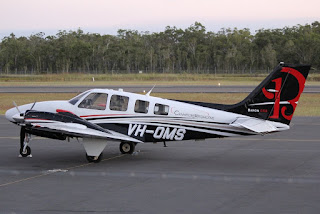 Also late on Tuesday, QantasLink Dash-8-Q300 VH-SBV was spotted arriving into Hervey Bay in the last rays of sunlight, touching down as QLK2380 from Brisbane. 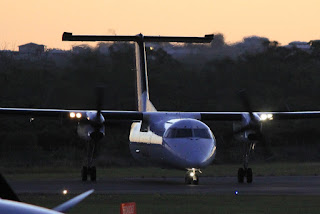 Thanks to local plane spotter Ben M for sharing these great photos from Hervey Bay!