This is the second time in a month that the sleek Citation has visited the industrial city.

VH-DHN departed in the early afternoon, heading back to the Gold Coast.

Meanwhile, on the lighter side of aircraft, a couple of interesting General Aviation (GA) movements have also been captured by Jamie and Tash as they called into Gladstone Airport including Brisbane-based Cessna 414A VH-FCZ which called in during the afternoon on Wednesday 17 June. 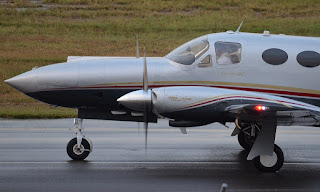 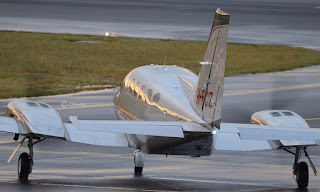 And on Tuesday 16 June, Flight One (Services) Cirrus SR22 VH-VGG called in briefly from its Archerfield base. 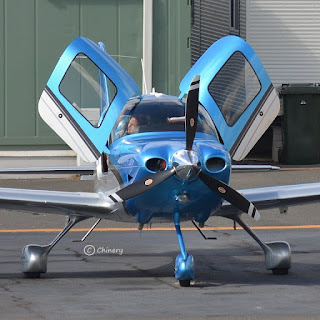 Finally, New South Wales based Cessna 210 VH-KTE has been noted calling into several CQ Airports over the last week, and called into Gladstone Airport on Friday 19 June.  It also visited the previous Friday and in the week since, it has been to Biloela / Thangool, Rockhampton and Saint Lawrence.

Sincere thanks to Jamie and Tash for taking the time to capture and send through these awesome photos from Gladstone this week!