There were also a couple of nice movements into Gladstone Airport on Saturday 6 June and local plane spotter Anthony S captured a couple of great photos as Virgin Australia Embraer E-190 VH-ZPI touched down from Brisbane as VOZ1709. 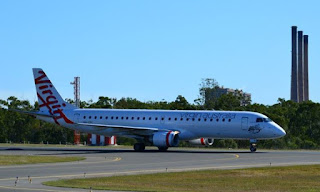 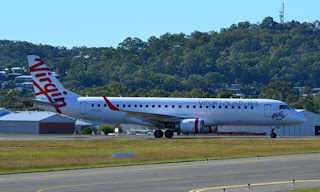 The Embraer jets are becoming regular visitors on Saturdays, operating into Gladstone during the morning.

Meanwhile, an interesting visitor into industrial city a little later on Saturday 6 June was Seair Pacific (Istlecote) Cessna 208 Caravan VH-VCW which called in directly from Lady Elliot Island.  It then departed directly to Townsville, before flying back South to Hervey Bay later in the day.


It is presumed that VH-ESZ is heading to Archerfield for maintenance.

Finally, early fog at Gladstone on Friday 5 June caused a couple of delays at Gladstone Airport with the early outbound QantasLink and Virgin Australia Regional Airlines (VARA) scheduled services to Brisbane experiencing some minor delays on their departures - as shown in the photo below. 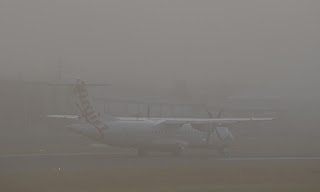 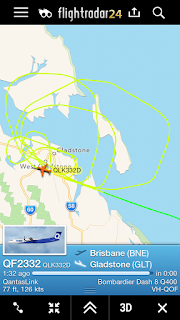 Also, as shown, the morning QantasLink Dash-8-Q400 QLK2332 flight from Brisbane - operated by VH-QOF - had a few attempts at landing on Runway 28 at Gladstone before successfully getting on the ground around 20 minutes late.

It was certainly a strange option to take (in my opinion) given Gladstone Airport now has an ILS on Runway 10!