Queensland Government (QGAir) Rescue (State of Queensland) Agusta AW139 helicopter VH-ESH was tasked to Gladstone Airport late on Wednesday 10 June with "Rescue 500" calling in from Archerfield on "an inter-hospital transfer".

After some time on the ground, VH-ESH flew back South to the Royal Brisbane Hospital and Archerfield. 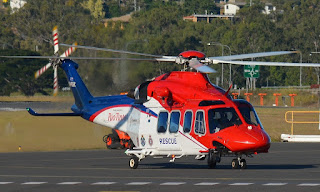 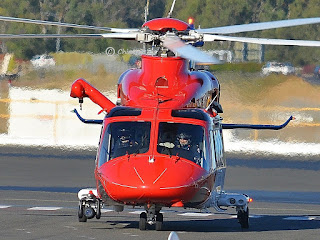 As mentioned below, VH-ESZ ferried South from Cairns to Archerfield via Townsville, Mackay and Gladstone, presumably for planned maintenance.

Thanks to Jamie and Tash for capturing and sending through these awesome photos!