Only a couple of nights after a similar incident, an Aerorescue (AMSA) Dornier 328 and the Capricorn Helicopter Rescue Service (CHRS) Bell 412 chopper were both again tasked to perform a delicate winching exercise, this time to retrieve an injured sailor from a ship East of Gladstone late on Sunday 28 June. 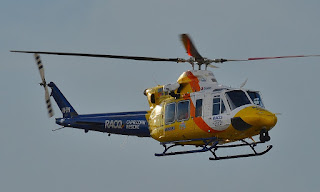 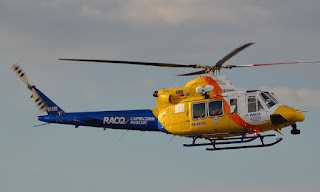 Aerorescue (AMSA - Australian Maritime Safety Authority) / Aero Pearl Dornier 328-100 VH-PPJ "Rescue 471" flew up to the region from Brisbane to co-ordinate the mission.  As the flight-track below shows, VH-PPJ eventually returned to Brisbane.

"Rescue 300" completed the patient back at Rockhampton Airport. 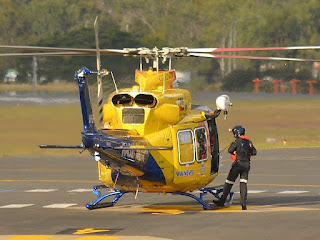 Of interest, VH-EPR also ventured to Gladstone Airport on Thursday 25 June and local plane spotters Jamie and Tash were on hand to capture the awesome photos featured in this post.