Another fantastic day of military helicopter action at Rockhampton Airport on Saturday 20 June was highlighted by the arrival of the two Royal New Zealand Air Force (RNZAF) NH90 helicopters that have sailed across from New Zealand to Australia on board HMNZS Canterbury. 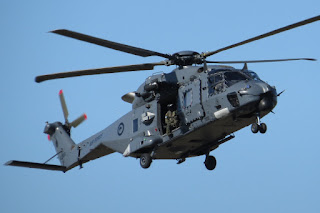 With it confirmed that the HMNZS Canterbury multi-role vessel is docked at Gladstone (photo below), it came as no surprise that the two NH90 helicopters have appeared at Rocky, as preparations ramp up for joint Military Exercise Talisman Sabre 2015, of which New Zealand will participate alongside Australian and United States of America. 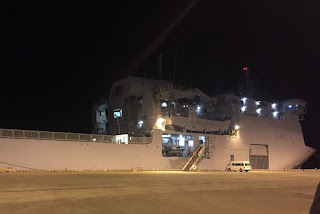 The first NH90 to touch down from the ship was identified as NZ3304.  Local plane spotters Kayanne H and Trevor H captured some great photos as the NH90 was parked alongside the visiting Australian Army Eurocopter (ARH) Tiger Armed Reconnaissance Helicopters and NH Industries MRH-90 Multi-Role Helicopters. 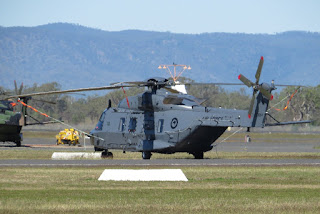 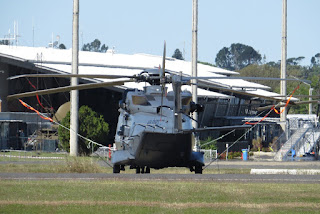 Then, much to their surprise and delight, the second RNZAF NH90 arrived into Rocky, also directly from the HMNZS Canterbury. 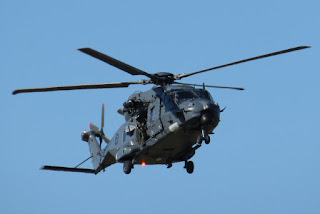 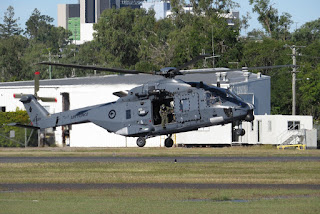 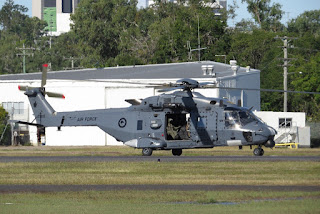 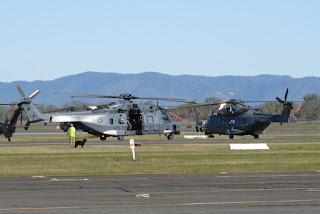 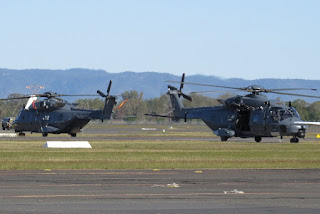 It was identified as NZ3303 and was heard to be using the radio callsign of "Warrior 03". 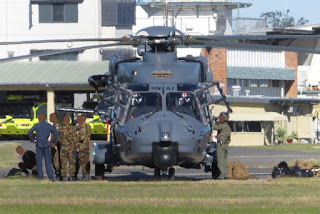 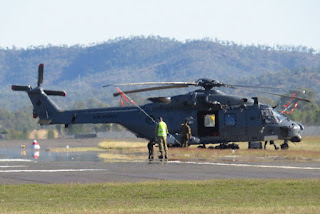 It too parked nearby the visiting Australian Army helicopters.  Both RNZAF choppers were later photographed clearly preparing for an overnight stay. 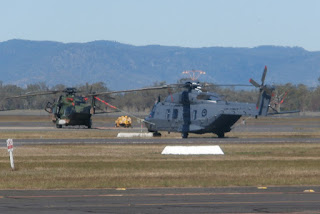 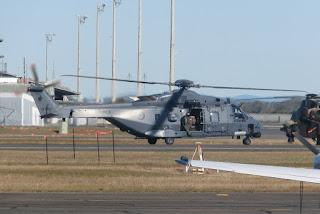 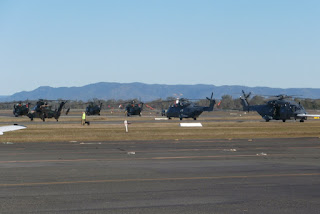 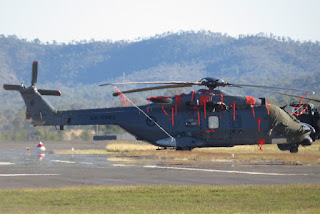 Meanwhile, the Kayanne and Trevor were also treated to the sight and thunderous sound of the three Australian Army Boeing CH-47D helicopters currently based at Rocky - A15-151, A15-152 and A15-202 - depart to, and later return from, the Shoalwater Bay Training Area (SWBTA) together in formation. 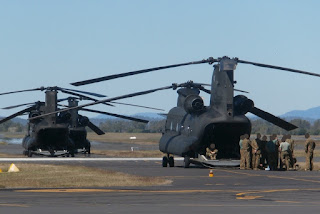 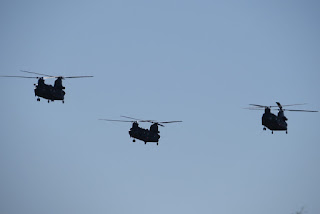 The chooks were heard to be using the radio callsign of "Brahman". 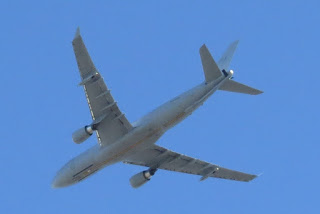 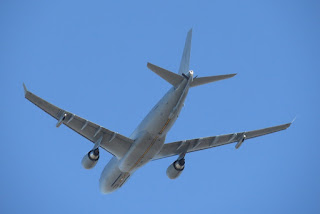 It was earlier noted performing airwork in Cairns and Townsville before returning to RAAF Base Amberley after completing the missed approach at Rocky.

Finally, RAAF Lockheed C-130J A97-464 was seen overflying Gladstone and Rockhampton for the Shoalwater Bay Training Area twice during the day flying as "Trojan 11".

Yet more stunning photos from Rockhampton Airport - we again sincerely thank Kayanne - and also Trevor - for taking the time to capture and send them through!

Photos taken by 'AC', Kayanne Hardsman and Trevor Hardsman  ©
Posted by Damian F at 7:00 AM