As we've mentioned a few times this week, Cirrus Aircraft (Cirrus Design Corp.) has flown the brand new Cirrus Generation 5 SR22T Special Edition: Australis N9ZN up the Central Queensland coast, calling into Rockhampton, Mackay and the Whitsunday Airport at Shute Harbour.  On Sunday 7 June N9ZN flew into Mackay Airport from Rockhampton and was put on display on Sunday and again on Monday 8 June at Horizon Airways Aircraft Charter and Flight Training on the General Aviation (GA) (Eastern) side of Mackay Airport. 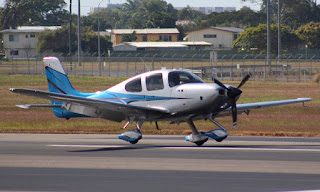 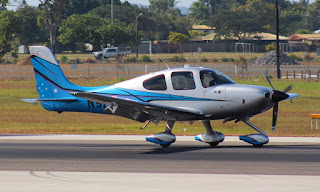 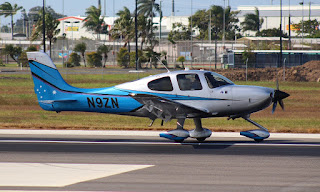 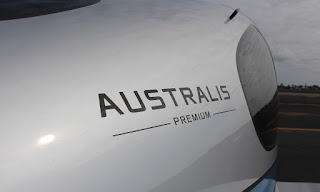 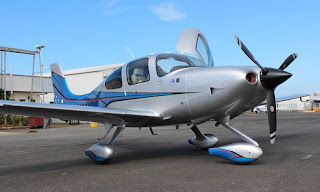 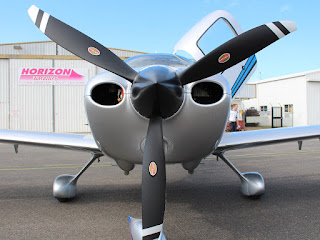 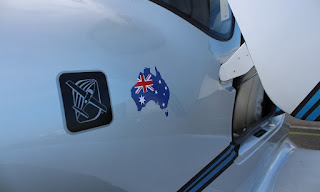 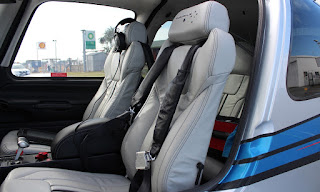 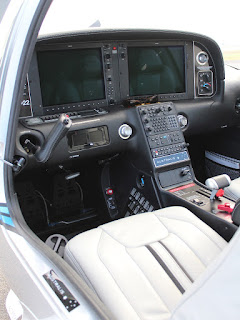 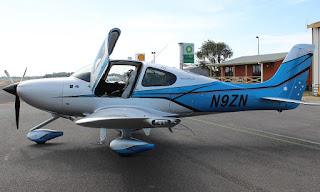 On Tuesday 9 June, N9ZN departed Mackay Airport for the Whitsunday Airport (WAVE) at Shute Harbour where it was also put on display.

Meanwhile, a couple of other light General Aviation (GA) aircraft have also been noted calling into Mackay Airport over the course of this week including Vanderfield (Toowoomba) Lancair IV VH-LKG which called in on Thursday 11 June during a busy week of flying which has also seen the sporty little aircraft call into Roma, Bundaberg and Emerald (amongst other places).

Also on Thursday 11 June, locally-based Piper PA-28RT-201 Cherokee Arrow VH-KBD operated a return flight to Collinsville, while Emerald-based Aero Professional Services Beech 95 VH-WSW has also been operating out of Mackay Airport including a return trip to Townsville on Wednesday 10 June.

Finally, Toowoomba-based SR22 VH-VIA has made yet another trip to Central Queensland calling into Mackay Airport on Wednesday 10 June from Gladstone.  On Thursday 11 June, it departed to Townsville and then Moranbah.