To cap-off a nice week of plane spotting in Central Queensland, Australian Army Sikorsky S-70A-9 Blackhawk helicopters A25-205, A25-111 and A25-109 all landed at Rockhampton Airport on Friday 12 June.  All three called in from the South and took on fuel before departing to Townsville. 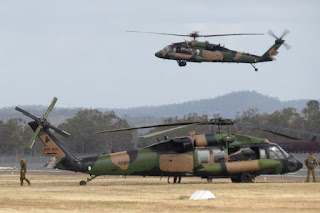 Local plane spotter 'IAD' managed to capture a couple of great photos of A25-205 which was soon joined by A25-111. 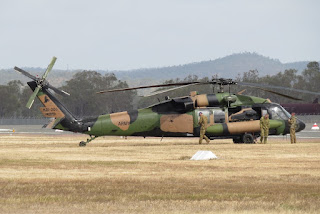 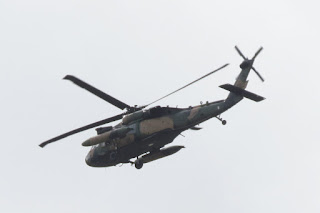 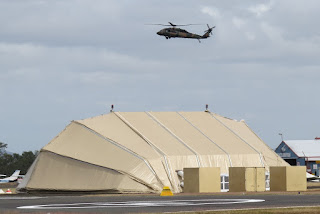 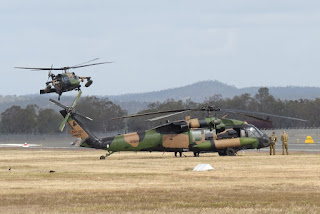 All three Blackhawks were heard to be using the "Spartan" callsign of the Army's 171st Aviation Squadron (forming part of the 6th Aviation Regiment) based at Holsworthy Barracks near Sydney.

Finally, as the sun was going down on Friday 12 June, Royal Australian Air Force (RAAF) Beech B350 Super King Air A32-673 was noted performing a missed approach at Rockhampton Airport.  The Super King Air flew down from Towsnville and returned North after the missed approach at Rocky, via some more airwork at Mackay Airport.  A32-673 was noted using the radio callsign of "Dingo 32".