A pretty quiet day at Rockhampton Airport on Monday 29 June was highlighted (perhaps) by a missed approach by Royal Australian Air Force (RAAF) Boeing B737-7DT(BBJ) A36-001 during the afternoon. 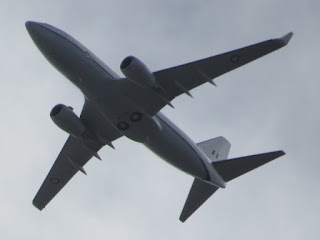 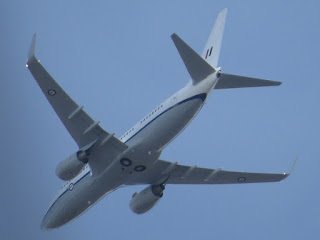 A36-001 was flying as "Envoy 92" and looked to be on a training flight from Townsville which eventually landed at Canberra. 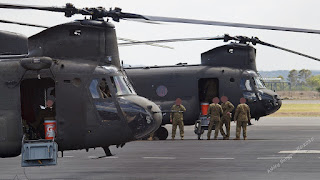 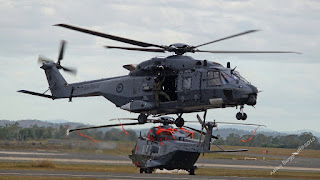 At one point on Monday, local spotters noted a flight of two Army Boeing CH-47D Chinook helicopters returning to Rockhampton Airport, while the two RNZAF NH90 helicopters are flying together on sorties as "Warrior Black" and "Warrior White".